4. Oakland: Pieces in place that Patriots could make a run in postseason.

6. Smyrna: Runs may be tough to get for Bulldogs this season.

* Zach Bey, Smyrna, Sr.: Left-handed pitcher should keep the Bulldogs in games when on the mound.

* Caleb Harrison, Blackman, Sr.: Hitting .333 for the Blaze and is the team’s No. 2 pitcher in the rotation.

* Drew Huff, Riverdale, So.: The third baseman is hitting .333 with two home runs this season.

* Mckenzie Jackson, Central Magnet, So.: Jackson has 13 strikeouts and two walks through seven innings on the mound.

* Clayton Kennedy, Eagleville, Sr.: Kennedy has been clutch at plate. He already has a game-winning double against Spring Hill.

* Britt Roberts, Eagleville, Jr.: Roberts has struck out 17 batters with just one walk and a 1.40 ERA in two starts.

* Darek Sargent, Central Magnet, Fr.: The shortstop is hitting .360 through the first two weeks of the season.

* Justin Winn, MTCS, So.: Winn is hitting .583 with eight RBIs this season for the Cougars.

Is this La Vergne’s year?

La Vergne may be the surprise team of District 7-AAA. Tied for second after the first 7-AAA series of the season, the Wolverines have just one loss.

Solid pitching and timely hitting has been the key thus far.

“We are a senior-laiden team,” La Vergne coach Dean Darnall said. “We’re playing well right now. I’m not really surprised that we are playing this well.

“We don’t have any high-velocity guys (on the mound), but we have guys that are throwing strikes and changing speeds well.

A year ago one would have struggled to find an MTCS hitter above .300. However, the Cougars’ bats have caught fire so far in 2013.

Through four games, MTCS has scored 45 runs and has allowed just three runs, only one of which was earned. And seven hitters for the Cougars are currently batting over .400.

Blackman first-year coach Justin Entrekin replaced Chris Parker, who resigned and took the head coaching position at Forrest, a Class A school. Entreken had coached at Hampshire in the past. He has the Blaze tied for second place in District 7-AAA through the first series of the season. The Blaze finished fifth a year ago in Parker’s final year.

Travis Holland, a former assistant at Oakland, has taken over the Eagleville position. He replaces Travis Moore, who resigned after taking the Eagles to three straight Class A state tournaments. Eagleville was runner-up a year ago, but graduated its starting lineup from last year. 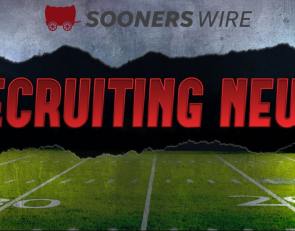 https://usatodayhss.com/2013/2013-dnj-baseball-primer
2013 DNJ BASEBALL PRIMER
I found this story on USA TODAY High School Sports and wanted to share it with you: %link% For more high school stories, stats and videos, visit http://usatodayhss.com.