There may be no team more anxious to start the WIAA playoffs than the Appleton West boys’ basketball team.

The Terrors capped an “inconsistent” regular season on Thursday with a 48-34 victory over Appleton East on Senior Night in a Fox Valley Association finale at Dick Emanuel Gymnasium.

That gives Appleton West, a preseason favorite to win the FVA, a solid win and perhaps a bump in confidence as it turns its thoughts now to the postseason.

“It’s a new beginning,” Terrors senior guard Troy Mielke said. “We have our own expectations and our own goals and we’re going to try and meet them.”

West (11-11 overall, 9-9 FVA) had lost its last three games, but played with impressive energy and hustle for most of Thursday’s game against a Patriots squad that had defeated the Terrors 38-37 earlier this season.

“I thought we moved the ball well and we had more purpose in the second half,” West coach Brennan Hussey said. “East is a dangerous team. They run a good offense. They’re patient and wait for their shot. Now, they didn’t shoot as well as I’ve seen them shoot so we were fortunate there, but we also took better care of the ball and took advantage in the post. That’s what we have to continue doing to make a run in the playoffs.”

West held a 21-20 lead at the half but scored the first eight points in the third quarter with three-pointers from Jake Verhagen and Matt Reader the big baskets.

A three-pointer from Sam Herrmann pulled East to within 32-29 late in the third, but that’s as close as the Patriots would get.

West put the game out of reach with a 12-0 run midway through the fourth with three consecutive baskets from Mielke starting the run.

“We really played inside and out, which is really a focal point for us at this point because we need to utilize our height and shooting ability,” Mielke said. “So if we do that to get reversals, we can keep producing.”

Mielke finished with 17 points to lead all scorers and Verhagen added 10 points for the Terrors. Turner Schmidt had 10 points to pace Appleton East (11-11, 9-9).

“(The win) was awesome. The fans were amazing and the energy in here was electric,” Mielke said. “We came out and started five seniors. These are guys you play your whole career with. When I think back to playing basketball, it’s with them.”

The playoffs begin next week for both teams, with East playing at Appleton North and West traveling to Stevens Point in a pair of Division 1 regional semifinals at 7 p.m. on Friday.

“Records no longer matter and we’re coming on,” Hussey said. “Our seniors felt it on Senior Night and they don’t want this to end. We’ve had an inconsistent season and we can wipe that clean now, because this is a good game upon which to build.” 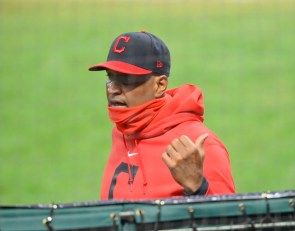 https://usatodayhss.com/2013/appleton-west-terrors-tune-up-for-playoffs-with-win-over-appleton-east
Appleton West Terrors tune up for playoffs with win over Appleton East
I found this story on USA TODAY High School Sports and wanted to share it with you: %link% For more high school stories, stats and videos, visit http://usatodayhss.com.