If there’s one thing Barnegat has to do in order to go deep into the NJSIAA South Group III playoffs, it’s control the line of scrimmage.

The third-seeded Bengals did that almost to perfection Friday night as they racked up 378 yards on the ground and routed sixth-seeded Pemberton, 41-13.

“I expected to get a lot of handoffs tonight and the line really stepped it up,” said junior running back Tyler McGuinness, who tallied 219 yards on 25 carries to lead the Bengals’ running attack, which has been minus injured senior A.J. Opre for a month. “With our offense, we have the option to throw or pass, or run it with the quarterback, and that makes it hard for defenses to adjust. The whole team really stepped up tonight.”

At the outset, things didn’t look positive for the Bengals after Hornets running back Quincey Lambert took a handoff on the first play from scrimmage, broke a couple of tackles and raced 65 yards down the right sideline for a touchdown. Dominick Miller added the point-after and Pemberton was up, 7-0, just 11 seconds into the contest.

But Barnegat (8-1) came right back on its first possession, going 66 yards on six plays to tie the game as junior quarterback Cinjun Erskine found junior wide receiver Manny Bowen on an 8-yard TD pass and senior kicker Ryan Ulrich added the first of his five PATs to make it 7-7 with 9:02 to go in the first.

“I had confidence that our line was going to do what they had to do to get us going,” said Erskine, who ran for 95 yards and threw for another 81. “I knew for a fact we were going to score on that first possession. It was our house, our fans packed the seats, and we had to come back and score there.”

Two possessions later, the Bengals ran 9:31 off the clock and went 97 yards on 20 plays, capped by an Erskine 1-yard keeper for the touchdown, to go ahead to stay, 14-7.

After a Pemberton fumble gave the Bengals the ball on the Hornets 48, Erskine fired a pass to Bowen that went for a 48-yard score on the next play from scrimmage to make it 21-7 with 4:08 left in the half.

The Bengals struck again on their second possession of the second half, going 71 yards on six plays that included a 57-yard scamper by McGuinness and was capped by another Erskine 1-yard burst for a 28-7 lead with 10:02 left in the game.

After a Barnegat fumble with 8:49 left, the Hornets (4-5) used nine plays to score as quarterback Dennis Clark found D’Angelo Hilton on a 24-yard TD pass to make it 28-13 with 5:38 to go. But after Pemberton was unsuccessful on an onside kick, Barnegat sophomore running back Paul Wickwire dashed through the line and into the secondary for a 55-yard touchdown to make it 34-13.

Barnegat’s defense allowed the Hornets just 37 rushing yards. Meanwhile, the Bengals had just one turnover, something that is important at this stage of the season.

“We just played as hard as we can and limited the mistakes,” Erskine said. “High school football is based on emotion, so once a team comes up and gets a turnover big things can happen from there. We were able to capitalize on a couple of their mistakes tonight, so it all worked out for us.” 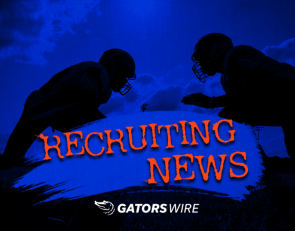 https://usatodayhss.com/2013/bengals-turn-to-ground-game-to-defeat-hornets
Bengals turn to ground game to defeat Hornets
I found this story on USA TODAY High School Sports and wanted to share it with you: %link% For more high school stories, stats and videos, visit http://usatodayhss.com.