Athletic director Greg Magni spent the past month asking every student at Central Valley High School in Ceres, Calif., to do the same thing: Vote for Ja’Quan Gardner.

But one student blatantly ignored his request.

When Magni ran into Gardner in the hallways, he asked if he had been voting for himself in the USA TODAY High School Sports/Asics Ultimate Athlete competition.

“We actually joked that we were afraid he would vote for the competition,” Magni said.

And although he wasn’t voting for himself, someone was: Gardner won the Ultimate Athlete competition with 42 percent (207,062 votes) of the final votetotal.

It was no surprise to Magni – who nominated Gardner for the award – that he wouldn’t cast a single vote for himself.

“Ja’Quan is special in terms of not just his athletic ability, but he truly is one of the most selfless players I have ever been around. He is always team first,” Magni said. “Sometimes athletes are so me-centric. He is the exact opposite. He never showboats and never shows off.”

And he has every reason to brag.

Gardner, who just wrapped his senior football season, finished his career with 6,014 rushing yards in 31 varsity games over a three-year span. Gardner broke the record for career rushing yards for the Stanislaus District in Central California.

And even then, when he broke the record, he immediately flipped the ball to his offensive linemen – giving them the credit.

Not surprisingly, he gave his team credit for him beating out 100 other contestants in the Ultimate Athlete competition.

“My team is proud of me, and I’m thanking them – they were helping with the voting process and really pushing out the voting,” Gardner said.

It was Gardner’s selfless attitudecoupled with his impressive stats that convinced Magni that he was the perfect fit for the Ultimate Athlete competition.

And the rest of the community agreed.

Once Gardner qualified for the contest, the student body, community and entire school district spread the word, and voting took off.

Computer labs at the high school were open for voting – and people were encouraged to stop in throughout the day and show their support.

“It feels pretty cool knowing that I have support from everyone around. I didn’t know they were going that crazy with voting,” Gardner said. “I am blessed and thankful to have had this opportunity. I just want to thank the people around me for voting and supporting me.”

As the winner, Gardner will receive the Ultimate Athlete trophy, a $1,000 donation to Central Valley’s athletic department and $100 in Asics gear. 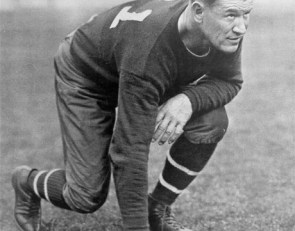 https://usatodayhss.com/2013/jaquan-gardner-is-the-2013-ultimate-athlete
Ja'Quan Gardner is the 2013 Ultimate Athlete
I found this story on USA TODAY High School Sports and wanted to share it with you: %link% For more high school stories, stats and videos, visit http://usatodayhss.com.