My dream job, outside of being a professional athlete, would be … A nurse.

I currently drive a … I don’t have my license yet, but my parents drive me around in their Charger. 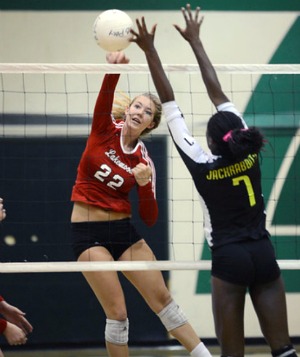 Someday, I’d like to be driving a … Shelby Mustang.

The best part of my hometown is … There are a lot of things to do around here.

My dream city to be living in 10 years from now is … New York City.

The ultimate compliment is when I get compared with … Carrie Underwood.

If I could be teammates with one pro athlete in any sport, it’d be … Derek Jeter.

If I could meet anybody, it would be … Channing Tatum.

The websites I couldn’t live without are … I’m not really an internet person.

The greatest meal ever is … Pizza.

Worst thing about pro sports is … The athletes being so cocky.

One thing my coach always says that I’ll never forget … When we make a mistake or do something right he always says, “Next play.”

I will consider myself a success when I … Graduate college and get the job that I want.

If I won the lottery, the first thing I’d buy is … That Shelby Mustang.

If I could tell one person thanks, it would be … My parents. For … Everything they’ve done for me.

Ready to be “introduced” to the high school sports world? Submit your answers to the above questions – with a photo of yourself – to Suzanne Schwerer at sschwerer@usatoday.com.

I’ve been hearing reports from preseason scrimmages involving some of the country’s most elite teams and some of them are getting a rude awakening.

Basketball, more than any other sport, has a lot of parity and the three-point line is the ultimate equalizer.

Elite teams better not sleep on these other guys.

They’re just as excited to kickoff their season.

Step your game up!

WHAT I CAN’T GET ENOUGH OF RIGHT NOW …