SUGAR GROVE – There is finally some stability in the Berne Union football program.

When Steve Daulton took over the head coaching duties in 2013, he was the third different coach in the previous four years.

Even though Daulton’s first season didn’t go as well as he would have liked — the Rockets finished just 1-9 — he completely changed the offense and the culture.

As he heads into his second season, he has seen a big difference in how his players are responding to what he is trying to get done.

“The expectations and understanding of what we needed to do when we came in is a lot different from last year,” Daulton said. “The kids have picked up the system a lot faster and they understand it better.

“We did a lot of work in the offseason to build the entire program and the culture. They understand what we want our football program to be about.”

Daulton said the Rockets are taking steps in the right direction, but there is still work to be done, especially when things aren’t going well.

“We need to be more consistent, and when we face adversity we have to stay away from bad habits that have been allowed to be developed and be accepted,” he said. “We have to understand that we don’t want to fall back on those old ways. We have to continue to take small steps forward.”

Before Daulton arrived the Rockets were an option team, and he switched it to a no-huddle, spread offense. It took the players most of the season to grasp it.

“Everything was brand new last year, but this year, the guys aren’t wide-eyed anymore,” Daulton said. “They believe in what we are doing, and if you believe in something, you are going to put that much more effort into it.

“We want to play and not think. We want our kids to know what they need to do, believe in it and then go out there do it without slowing down.”

The Rockets seem to have just enough playmakers to make the offense go.

Junior quarterback Hanson Holter returns after starting five games in 2013. He passed for 552 yards and five touchdowns and ran for three more.

“He has to be the leader of the 11 guys on the field,” Daulton said. “He has to accept that responsibility and step up. The ball touches his hands every play, so a lot goes through him, and the fact that we are in no-huddle, he has to make sure all 10 guys are on the same page.”

Maust will be valuable on both sides of the ball. He had 1,034 all-purpose yards and 13 touchdowns in 2013, and on defense, he finished with 76 tackles.

Senior tight end Deven Draper will also be a weapon after catching 19 passes and two touchdowns.

However, if the Rockets can get through that and stay healthy, they have a chance to make some noise in the Mid-State League-Cardinal Division.

“We are playing schools our size in our league and getting to the league games healthy is critical,” Daulton said. “I think it’s up for grabs for all of us and that is exciting. But we can only worry about ourselves and try to get better every day.”

• Outlook Roster is bigger than it has been in previous years, but the Rockets only have four seniors. Offense should be much improved, led by Holter and Maust. Stay healthy through a brutal nonleague schedule will be key. 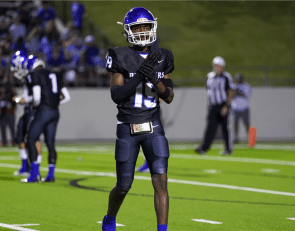 https://usatodayhss.com/2014/berne-union-looking-for-breakthrough-season
Berne Union looking for breakthrough season
I found this story on USA TODAY High School Sports and wanted to share it with you: %link% For more high school stories, stats and videos, visit http://usatodayhss.com.