GRANADA – The No. 3-seeded Caliche Buffaloes defeated the No. 4-seeded Granada Bobcats in the 8-man football state championship game on Saturday, Nov. 22, 2014.  This is Caliche’s second state title ever, with the the most recent in 1994.

The Buffaloes took an 8-0 lead over Granada in the first quarter with a 1-yard touchdown run by QB Austin Yahn.  Granada responded with a 79-yard TD pass from QB Koy Palmer to Tre Jensen, but missed the conversion, cutting the Caliche lead to 8-6.

Austin Yahn ran for his second TD of the game 17-yards out, and a 2-point conversion, putting Caliche well ahead 16-6 with less than three minutes remaining in the first quarter.

Yahn would have an exquisite game as well, rushing for his fourth TD in the second quarter of the game, bringing the Buffaloes up to a 28-14 lead over the Bobcats.  Granada scored one more TD before the half on a Palmer-to-Davey Reyes pass – Palmer’s third TD pass of the game.

Late in the third quarter, Palmer ran for a TD, bringing the Bobcats right back into it, and trailing Caliche 28-26.

Caliche ended up winning the 8-man state title with a final score of 34-32 over Granada. 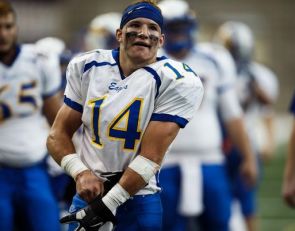 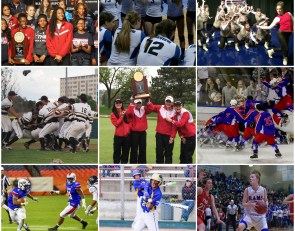 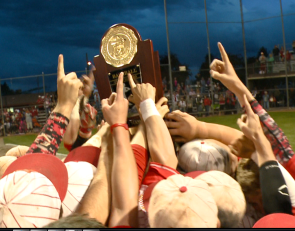 https://usatodayhss.com/2014/caliche-defeats-granada-in-8-man-state-championship
Caliche defeats Granada in 8-man state championship
I found this story on USA TODAY High School Sports and wanted to share it with you: %link% For more high school stories, stats and videos, visit http://usatodayhss.com.