DENVER – Cherry Creek has officially done the impossible this football season.  Actually, Cherry Creek has done the impossible on two different occasions: beat Valor Christian in the regular season and snap its 28-game in-state winning streak, and beat Valor Christian in the postseason to claim a state title.  And no, that last thing is definitely not a typo.

In a legendary fashion, the No. 1-seeded Cherry Creek Bruins took down the mighty football powerhouse known as Valor Christian in the Class 5A football state championship game on Saturday, Nov. 29, 2014 at Sports Authority Field at Mile High.  The No. 2-seeded Eagles had never lost a postseason game in program history until this particular, stunning moment in time.  Needless to say, this was a spectacular nail biter that lasted until the clock read 0:00.

The game was off to a slow start.  Creek attempted a 38-yard FG, but missed late in the first quarter.  Early in the second quarter, Valor’s Jared Kendziorski booted a 30-yard FG through the uprights, giving the Eagles a 3-0 lead over the Bruins.

Then, it was the Milo Hall show.  Hall broke loose on huge back-to-back 3o-yard runs, topping it off with a nice TD, and Henry Lyon extra point, that hoisted the Bruins in a 7-3 lead over Valor.

It was back-and-forth from there: Creek forced a Valor fumble.  Bruins’ Michael Morean recovered.  Valor’s Bubba Watkins sacked Creek QB Joe Caplis.  But the first half ended in Cherry Creek’s favor with a 38-yard FG by Henry Lyons.

At halftime, Cherry Creek led the defending state champ Eagles 10-3.  Milo Hall had 122 rushing yards and one TD.  But this game was still in the very early stages of development, and far from having a winner.

Cherry Creek opened the third quarter with a sweet 30-yard Joseph Parker reverse.  But then, something interesting happened: Milo Hall fumbled the ball at Valor’s 1-yardline, and Valor’s Grant Craver recovered.  This play ended up being a definite game changer.  Valor QB Dylan McCaffrey threw a 61-yard TD pass to Ben Waters, and the extra point was good, resulting in a Creek-Valor tie at 10.

Now the fun really began in the fourth quarter.

Valor jumped back in the lead with another McCaffrey pass, this time to Danny Rambo.  With the XP, Valor was in the lead 17-10 with a little more than ten minutes left in the game.

But Cherry Creek quickly answered back.  Joe Caplis ran in for a 1-yard TD, and Henry Lyon got the XP.  Creek and Valor were once again tied, 17-17.  But it won’t be tied for long.  Danny Rambo had an incredible 89-yard kick return TD for the Eagles.  Kendziorski booted another XP, and Valor took back the lead 24-17 with a little more than five minutes remaining in the game.

And then, Milo Hall again, everyone.  Hall dashed for a 24-yard TD, breaking tackle after tackle on the way – an unstoppable tidal wave of destruction and fear.  Instead of going for the XP, and tie, Creek head coach Dave Logan had the Bruins go for a 2-point conversion.  There was 5:09 left in the championship match when DJ Luke drove the 2-pt conversion into the end zone.  Creek was leading by one point.

After a hard fought, hand-to-hand combat, Creek came out on top with a final score of 25-24.  Valor had been dethroned.

Former Broncos McCaffrey, Logan to oppose each other in Colo. state final 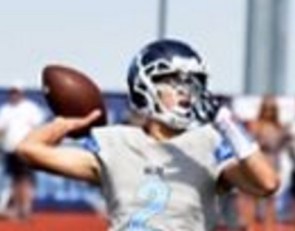 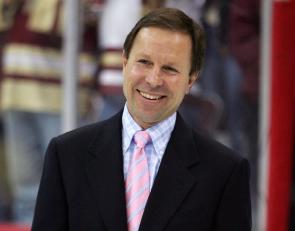 https://usatodayhss.com/2014/cherry-creek-defeats-valor-christian-in-epic-5a-state-championship-battle
Cherry Creek defeats Valor Christian in epic 5A state championship battle
I found this story on USA TODAY High School Sports and wanted to share it with you: %link% For more high school stories, stats and videos, visit http://usatodayhss.com.