The man who saved the City of Palms Classic

The man who saved the City of Palms Classic

In the mid-1980s, the City of Palms Classic almost ended.

Had it ended, the 100 players who played in the event and have been drafted by NBA teams since 1989 likely never would have set foot in Fort Myers.

Had it ended, the 120 McDonald’s All-Americans, with the exception of local legend, Mariner High School graduate Teddy Dupay, never would have taken a shot inside Bishop Verot High School’s John J. Nevins Gymnasium.

Instead, the mid-1980s marked a starting point for two men who stepped forward not just to save the tournament, but to change it forever.

Their efforts and vision, 30 years after their partnership was formed, have taken shape as the 42nd Annual Culligan City of Palms Classic high school basketball tournament that tips off at 2:15 p.m. today at Bishop Verot.

In 1985, Bill Pollock wanted his son John, about to enter his senior season on the Fort Myers High School basketball team, to play in the 12-year-old pre-Christmas, Southwest Florida tournament. The sponsorship for the tournament was ending, and Pollock wanted to find a way to revive it.

Donnie Wilkie, a sportswriter at the time for The News-Press, also wanted to get involved in organizing a basketball event.

A meeting at The News-Press between Pollock, then 44 and Wilkie, then 24, set the stage for an event that has featured the past two No. 1 overall NBA Draft picks, Anthony Bennett in 2013 and Andrew Wiggins earlier this year.

Fourteen of the high school teams descending upon Fort Myers are ranked in the preseason Grassroots Hoops Fab 50 National Rankings, including No. 1 Montverde Academy, which has the consensus No. 1 senior player in the nation, Ben Simmons.

“Not in my wildest dreams,” Pollock said of the Classic evolving into the nation’s top high school basketball tournament. “I wanted the tournament to go on for one more year, so John could play in it his senior year.”

Instead, Pollock and Wilkie created Classic Basketball, Inc., a non-profit organization. Pollock served for many years as the primary fundraiser and budget man for the tournament. Wilkie has served as the tournament director, selecting the teams from across the country.

Since Wilkie and Pollock combined forces, teams from 33 states and the District of Colombia have ventured to the City of Palms Classic.

Over the years, the Bahamas, Canada, England, Germany and this year Austria have fielded teams.

This year’s event has 14 states represented, including Missouri, from which Webster Groves, a suburban St. Louis school, hails.

It’s no coincidence that Pollock, now 74, graduated from Webster Groves in 1958. He played for the program as a backup guard. Jackie Pollock, Bill’s wife of 52 years, also attended the school.

Wilkie, who noticed Webster Groves had won Missouri’s Class 5A state championship in 2008, invited the team this year as a tribute to Pollock for his 30 years of assistance.

Wilkie could lure yet another quality program for the tournament while also thanking his friend.

“All of a sudden, after 30 years, I’m feeling like it’s very important for us to stop for five to 10 minutes and appreciate the people who have been with us for most or all of the time,” Wilkie said. “That comes from Bill Pollock. I think Bill has had an impact on me, and I think that I have had an impact upon Bill.

“Some of the things that weren’t necessarily important to me, maybe they are more important to me now. We’re coming from two different directions, and we have met in the middle.”

Each out-of-area team has a local liaison tasked with making the players and coaches feel more at home, giving them advice on local restaurants and things to do.

Pollock, whose mother and sister also attended Webster Groves, will serve as his alma mater’s liaison.

“I’ll tell you what,” Pollock said of Wilkie inviting Webster Groves. “I was totally shocked last year when he told me that they were playing, just because I didn’t think it would mean anything to him. So I’m excited he asked them. It’s really a nice thing he did for us. That’s where we came from. It’s a nice little town. Lots of fond memories.”

Over the next six days, the memories will continue. From 2:15 p.m. today, when Melbourne Florida Air Academy faces Reserve (La.) Riverside Academy, through the championship game slated for 8:45 p.m. Tuesday, 39 games will be played at Bishop Verot.

“We say this every year,” said Clark Francis, a recruiting analyst for Hoop Scoop. He has been an annual, courtside fixture at the Classic for a quarter of a century. “I don’t know how Donnie will top this field next year.”

FILE – In this Jan. 16, 2012, file photo, Minnesota Timberwolves’ Kevin Love reacts during the second half of an NBA basketball game against the Sacramento Kings in Minneapolis. The Timberwolves, Cleveland Cavaliers and Philadelphia 76ers completed a blockbuster trade sending Love to team up with LeBron James in Cleveland for 2014 No. 1 draft pick Andrew Wiggins on Saturday, Aug. 23, 2014, a person familiar with the trade said. The Timberwolves are getting Wiggins and former top pick Anthony Bennett from Cleveland and veteran forward Thaddeus Young from Philadelphia. The 76ers get a 2015 first-round draft choice from Cleveland, and guard Alexey Shved and forward Luc Mbah a Moute from Minnesota. (AP Photo/ Jim Mone, File) 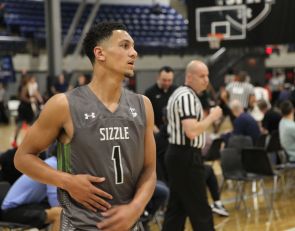 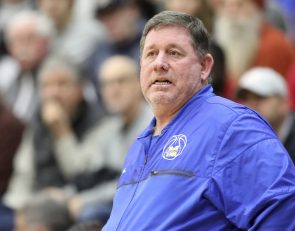 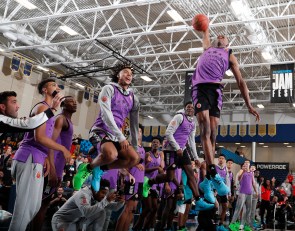 https://usatodayhss.com/2014/city-of-palms-classic-began-evolving-30-years-ago
The man who saved the City of Palms Classic
I found this story on USA TODAY High School Sports and wanted to share it with you: %link% For more high school stories, stats and videos, visit http://usatodayhss.com.