WHAT WILL BE THE ENCORE?

Bath made the playoffs last season for the first time since 2000. They won a district opener before falling to Division 7 semifinalist Harbor Beach in a district final. How the Bees follow up such a historic season will be pivotal. Coach Chris Rypstra has been building the program since he took over in 2007. Bath had previously gone three years from 2002-04 without a win, but the Bees have won 16 games the past four seasons.

WHO’S BACK IN THE BACKFIELD

Lots of experience. Anthony Rhyndress was a second team all-CMAC running back last season and will be in his third year at fullback. Leslie Payne, Zack Richardson-Green and Taurean Resseguie are the slot backs and the four players accounted for 95 percent of all running back touches in 2013. In a run-oriented league, this makes the Bath offense powerful. The slot backs also have some speed. Rypstra feels this will be the fastest Bath team in some time and offseason work has improved team speed all over the field.

Making a run to the playoffs has given the returners confidence and part of that was forged through close victories in the 2013 season and going back to 2012. Bath beat Laingsburg by a point and Dansville by three last to help get them enough wins to make the playoffs. In 2012, the Bees won their first two games by a combined three points. This was perhaps one of the biggest differences from the 2011 season, during which Bath lost its final two games by five points or less and lost to Dansville by a touchdown earlier in the year.

Bath allowed 40 points more than they scored overall in 2013 and gave up more points than they scored in CMAC play as well. Six starters return on defense to help give the Bees offense — which scored the most points in a season since 2000 — some help. The defensive line should be stout with Rhyndress, Deontay Walker and Dalton Hilliker all back. Offensive line starters Mitchell Wood and 290-pound Lance Wicks also are listed as defensive linemen. 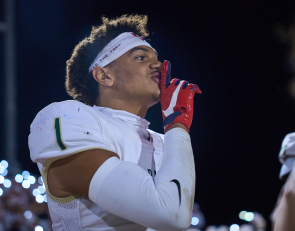