Marching bands don’t just keep the beat during parades or set the mood in a football game.

They are the fabric of high school culture, giving students purpose and alumni pride. Without them, games wouldn’t be as lively, parades wouldn’t have the same bounce, and thousands of talents would go unrecognized.

When bands in New Orleans come marching and dancing down the street, they fill the crowd with the energy and aura of celebration. Our bands provide a spectacle unrivaled in any city in America. And the members of these organizations receive tenfold what they give. That’s something that I’ve seen firsthand, and that’s a fact that makes every Louisianian proud.

One of New Orleans’ most revered organizations, the St. Augustine Marching 100 is one of the national faces of the city, and they make their presence known. They performed in 11 Mardi Gras parades and the Tournament of Roses parade in 2014.

Beginning in 1952 with 20 members, the band didn’t become known as the Marching 100 until ten years later. Since then, they’ve become the face of New Orleans bands and a national ambassador.

“When the band steps into Tad Gormley Stadium and you hear that ‘Purple’ playing, there’s just something it does to you … the crowd going crazy and just to know the ‘Purple Nation’ is in the building,” former St. Aug football standout Leonard Fournette told The Times-Picayune about the feeling he gets when he hears the Marching 100 play.

Like the Marching 100, Edna Karr’s marching band has a reach that extends well beyond the boundaries of New Orleans. The Cougar Band has been invited to perform in London’s New Year’s Eve parade. As documented on YouTube, a “K-4” drum major role is highly coveted, and even a seat in the band can change a student’s life.

As Karr band director Christopher Herrero, an alum of the Westbank school and former sousaphone player in the Cougar Band, told NPR, “In other parts of the country, people call band lovers ‘band geeks.’ There’s no such thing as a ‘band geek’ in New Orleans. We have ‘band heads,’ where band is life, you know.

“It’s a way for people to express themselves in ways that they can’t in other avenues.”

The St. Paul’s Marching Wolves, with their iconic uniforms and dances, have been performing at football games and Mardi Gras parades for over 40 years.

This year, the Marching Wolves were invited to Chicago’s Thanksgiving Day Parade, and in several cases where companies wanted to personify the spirit of New Orleans, they often choose the St. Paul’s band for commercials or movies.

“We have a slickness to our dances, and a class,” senior mellophone player Grant Holmes said. “That’s also displayed by our uniforms. You’re never going to see anyone else like us.”

“We dance for every cadence,” said assistant band director Jimmy Brinkman, who also arranges most of the band’s music. “Not all bands do that. We have our own style, and we’re very high-energy. We want you to be able to sing the songs we play and remember the dances we did two days later and remember us that way.”

The Stampede of Sound recently received the great honor of being the only high school ever invited to the Bayou Classic Battle of the Bands, and they have been invited to perform in parades in England and Ireland.

But current director Todrick Carmouche, who has raised membership from 35 to over 100 since 2008, says that his favorite moment comes during Mardi Gras parades — and has little to do with the music itself.

“Being an educational institution which promotes academic excellence, many spectators yell ‘those are the smart kids,'” Carmouche said. “It’s a huge compliment for those students who not only work hard musically but also academically.”

It’s rewarding for Carmouche, too, who said that without feeder schools, he must put in time to create musicians from the ground up, teaching them the “McMain Way” to play their instruments.

When Westbank fixtures L.B. Landry and O. Perry Walker merged in 2013, their bands came together too. Today, the Orange Crush contains 130 members and two directors.

They come together with a long and storied history of excellence. Landry was a Mardi Gras institution, and the Charger Band at Walker reached even further. 50 of Walker’s band members participated in the 2007 Tournament of Roses Parade as part of the Louisiana Leadership Institute All-Star Band, and the Chargers were awarded the Viewer’s Choice Award at a Battle of the Bands competition held in Roswell, Ga., the same year.

In New Orleans, they’ve been known to play at functions and parades all year. The Orange Crush leads thunderous “showtime” field shows during football season, and never fail to entertain at Mardi Gras. They even performed as the halftime show at a Saints game (in 2010), and were selected by ESPN as part of the festivities at the last BCS Championship Game held in the Big Easy (in 2012).

Wilbert Rawlins, Jr., one of the band’s directors, was recently featured on WWL-TV’s “Guardian of the Groove” series, where he said, “We pride ourselves on teaching kids the basic fundamentals of music. It’s a language, it’s a foreign language, it’s math, it’s science, it’s social studies.”

Scheduled for Monday, April 27, 2015 and put on by the Tipitina’s Foundation, the Instruments A Comin’ program’s goal is to, according to their website, “increase youth participation in the Greater New Orleans area school music programs by providing new instruments. Now in its 13th year, (Instruments A Comin’) has purchased over $2.7 million dollars worth of instruments for over 4,000 students in more than 75 schools.”

The night consists of a concert, auction, and cultural fair held on the first Monday night of Jazz Fest. Monetary and instrument donations are accepted in addition to the donations the Tipitina’s Foundation makes.

The webpage states, “We procure the instruments at a deeply discounted rate from New Orleans Music Exchange, a local instrument vendor, and Jupiter Band Instruments. The discounted cost of each instrument allows the Tipitina’s Foundation to leverage its purchase to increase the total number of instruments donated.”

Nick Ashton is a sophomore at St. Paul’s School in Covington and a member of the Marching Wolves band. 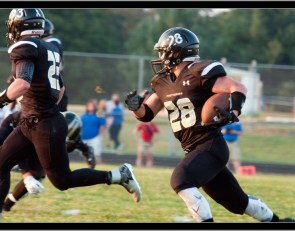 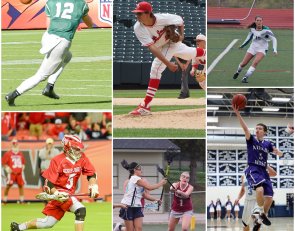 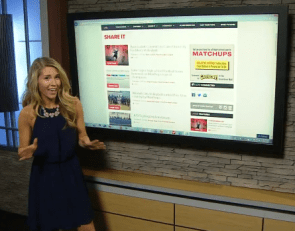 Share your pics and videos to ABC13 High School Sports