My dream job, outside of being a professional athlete, would be… A nurse or doctor so I could help people

If you’d see my iPod, you’d find… Granger Smith on there.

I currently drive a … Honda CR-V

Someday, I’d like to be driving a … Chevy Silverado

The best part of my hometown is … That it is s small town and everyone knows everyone!

If I could be teammates with one pro athlete in any sport, it’d be … Misty May-Treanor

If I could meet anybody, it would be … Matt Anderson

The greatest meal ever is … Chicken fried deer backstrap

Best movie of all-time is… Frozen

My can’t-miss TV show is… The Fosters

Worst thing about pro sports is …when a player gets injured.

One thing my coach always says that I’ll never forget…Be Aggressive!! (Staring me in the eyes)

I will consider myself a success when I…play for a Division I college!

If I won the lottery, the first thing I’d buy is… a new truck.

If I could tell one person thanks it would be… The person who got me into playing club volleyball, one of my friends dads.

I had a conversation with Wesleyan Christian Academy (High Point, N.C.) boys’ basketball coach Keith Gatlin recently about what it was like playing with the late great Len Bias.

For those who don’t know, Bias was an All American at Maryland who died of a drug overdose shortly after being drafted No. 2 overall in the 1986 NBA draft.

Some say Bias could’ve had a “Michael Jordan-like” impact.

Gatlin was one of the players that found Bias the next day and he talked about how important it is for kids to make the right choices in every aspect of their lives.

Sure you’ll make mistakes, but, as you get older, minimizing those mistakes and learning from them is the key.

WHAT I CAN’T GET ENOUGH OF RIGHT NOW … 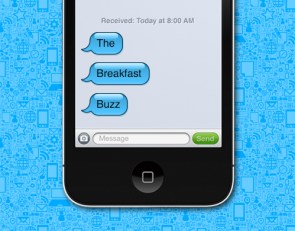