Moeller QB Matt Crable [12] celebrates a touchdown with teammate Jack Toomb in the Division I regional semifinal playoff game between the St. Xavier Bombers and the Moeller Crusaders at Mason High School in Mason Nov. 22.

The Crusaders had the shorter drive by about seven minutes, according to Google Maps.

A little less than two months after their last meeting Sept. 26, Moeller shut out St. Xavier 21-0 to keep their hopes for a third consecutive state title still alive.

The Bombers drained the clock in the first quarter, taking the opening kickoff and holding possession for over nine minutes. However, senior Ben Glines of St. Xavier was stopped at fourth and one on the 13-yard-line and the Crusaders kept the Bombers off the scoreboard.

After one quarter, the score was knotted at 0 with Moeller having run just four plays.

“We did what we wanted to do, we just didn’t come away with any points,” St. Xavier coach Steve Specht said. “That’s on me. Our kids played their hearts out.”

The Crusaders made up for it as the second quarter began when senior Matt Crable found Boston College-bound senior Chase Pankey for 42 yards to the Bomber 13. Three plays later, Crable found junior tight end Jake Hausmann from a yard out for the game’s first score.

St. Xavier drove to the Moeller 32 with another time-consuming drive in the second quarter, but Elijah Taylor stopped junior quarterback Matt Wittrock in the backfield on fourth and two.

Moeller would get a touchdown toss from Crable to senior Jack Toomb, but a penalty brought it back. The half would end with Moeller leading 7-0.

In the third quarter, Wittrock drove St. Xavier to the Moeller 16 on a pass to senior Matt Donnelly. Moeller senior Jack Meyer then sacked Wittrock for a 12-yard loss. The Bombers had to try a 43-yard field goal and the attempt by senior Myles Homan was wide right.

Moeller would drive into Bombers territory late in the third, but a Matt Coghlin 50-yard field goal try was short and the quarter ended with the Crusaders clinging to their 7-0 lead.

Moeller would strike again in the fourth quarter. Crable hit junior Kyle Butz for a long gain which eventually led to sophomore Hunter Hughes plunging in from the two to give the Crusaders a 14-0 lead.

In hurry-up mode in the final stanza, Wittrock led St. Xavier to the 25 on completions to junior Tyrone McFarlin and senior Ronnie Fricke. On fourth and 16, Moeller senior Christian Wersel snuffed out the drive on another attempt to Fricke as the Crusaders took back the ball.

Moeller later iced the game with 3:03 remaining when senior Noah Able intercepted Wittrock and raced 36 yards to the end zone. Able then tied a ribbon on the game with another pick with 2:01 remaining.

“The defense has been great,” Moeller coach John Rodenberg said. “They bought into the scheme and they’re really playing as a unit. Able deserves some recognition because we put him in some tough situations.”

The Crusaders and Bombers are now both 10-3.

Moeller now takes on Huber Heights Wayne at Mason Nov. 29 at 7 p.m. The Crusaders and Warriors last played on Nov. 3, 2012 in the playoffs, with Moeller prevailing 43-21.

PLAYER OF THE GAME: Senior Noah Able had two interceptions late in the fourth quarter to seal the game for the Crusaders.

PLAY OF THE GAME: With St. Xavier clinging to hope late in the contest, Noah Able picked off Matt Wittrock and raced 36 yards to the end zone to end all speculation on the game. 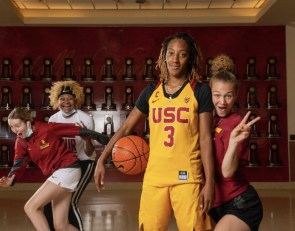 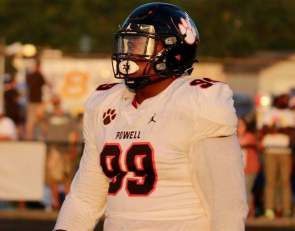