Recruiting in college lacrosse can be a little different

Recruiting in college lacrosse can be a little different

Make no mistake, the voice of Pittsford school district athletic director Scott Barker had plenty of pride, as he shared that one of his sons is on track to play Division I men’s college lacrosse.

There was something else in Barker’s voice, too.

Colby Barker, a midfielder with the Pittsford Panthers, gave a verbal commitment to play at Ohio State, after he visited the college last weekend. He is 6-feet-2 inches and 195 pounds, – and entering his sophomore year at Ptitsford Mendon.

“As a father, I will tell you that it is difficult to sit down with my 15-year old son, then try and map out a lot of colleges when realistically they don’t know what they want to study,” Barker said.

This is the way the Division I college lacrosse recruiting game is played, as coaches seek commitments from talented underclassmen soon as possible.

Area high school coaches say that college coaches are good about honoring these verbal commitments made years in advance of the athletes’ high school graduations.

“If you don’t take the opportunity right away then you’ll end up losing it,” Barker said. “The college lacrosse world kind of dictates that a bit.”

Penn Yan graduate Bradley Voigt was one of only four first-team All-America selections by the National Interscholastic Lacrosse Coaches Association.

Voigt, the 2014 Democrat and Chronicle All-Greater Rochester Player of the Year, finished his senior season with 73 goals and 52 assists.

The Syracuse University-recruit was one of just four attackmen to earn first-team recognition. – Will Cleveland.

(A link to the entire National Interscholastic Lacrosse Coaches Association team you can copy and paste:http://bit.ly/1r3hrLG

National Tennis Center as the best in the organization’s Eastern Section.

Two of Holt’s teammates with the Albany City Rocks, runners-up in the Under-17 11th-grade Division I tournament, were Elijah Burns and Matt Ryan, who have given verbal commitments to Notre Dame.

Tyler Lydon, another teammate, is headed to Syracuse after he too graduates with the rest of the high school class of 2015.

Recruiting rumors: With former Bishop Kearney forward Thomas Bryant listed as one of the top college basketball recruits in the country among the high school class of 2015, there is apparently a good amount of speculation about the school he will choose.

Linda Bryant, the Huntington Prep (Va.) senior’s mother, has noticed. At least one college basketball recruiting website reported last month that Thomas Bryant made his list of schools that he plans to visit. That and some other things read by and told to Linda Bryant is news to her.

“I don’t know where West Virginia or Kentucky keep coming from,” Linda Bryant said. “I know those two schools aren’t in the running. They keep popping up.” 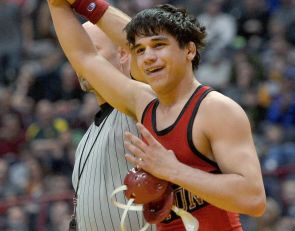 Find out where 80-plus area athletes are going to college 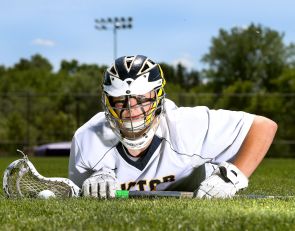 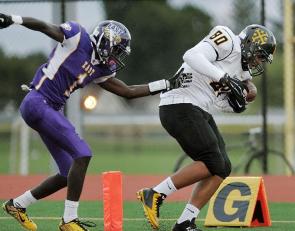 https://usatodayhss.com/2014/recruiting-in-college-lacrosse-is-a-little-different
Recruiting in college lacrosse can be a little different