Skiing Weatherman: A look at the Polar Vortex and a February forecast

Skiing Weatherman: A look at the Polar Vortex and a February forecast

As we move into the final few days of the month of January — the coldest week of the year, climatologically — yet another shot of arctic air is sweeping into the Northeast.

This will be the fourth time this year that a significant piece of cold has been delivered into the region without much in the way of moderation, thanks to the extensive snow cover over which it travelled from the high latitudes, as well as because of the speed with which it arrived. The jet stream configuration has had everything to do with not only the trajectory and the speed of the cold shots. Thus far this season, the dominant set up has been one with a western upper level ridge and an eastern North American trough.

The ridge has been supported by a very extensive pool of warm water in the northeastern Pacific Ocean, and as anyone who has jumped in a lake or the ocean on a warm late spring day, water doesn’t change temperature very quickly. The Pacific warm pool is going to be a major player in the weather pattern for the remainder of this winter, and in general terms, we should consider it an ally for our skiing and riding interests here in the Northeast. The strength of the ridge has combined with the strength of the low you can see over Hudson’s Bay to produce a fast and consistent delivery mechanism for cold air, and at times, it has tapped into air that was chilled in Siberia before being lifted up and over the pole. The tight packing of the lines that you see between the two features is consistent with a fast flow, and even though we have fought our way through a number of storms that produced a mixed mess of precipitation types, it never took very long after any warm-up before cold rushed in and got the snowmakers back on the job. While the cold has certainly been welcomed, in the past ten days or so, we have had too much of a good thing. The northwesterly flow of arctic air has been so strong, it has suppressed the storm track well to the south, and the only snowfall most of the Northeast has received has come from moisture-starved Alberta Clipper lows. A great example of the suppressed storm track will unfold this week, when low pressure brings appreciable snow to portions of Georgia, South Carolina and North Carolina. That storm will track out to sea before it gets anywhere near the Northeast.

Now, when we get to February, most resorts would like to be able to roll up the hoses, blowout the pipes, and shut down the snowmaking systems, because those machine made crystals aren’t cheap. Base depths are not as deep as most operators would like to see them heading into the second half of the season, so most will continue to make snow whenever possible. The good news from a weather standpoint is that the pattern is about to undergo a change that will lead to a very stormy February, one that I believe will bring above normal snowfall amounts to much of the eastern United States. The main reason for the change will be a shift in the jet stream setup.

The biggest change will be the reversal of the ridge over the northeastern Pacific. The ridge will shrink in terms of its’ amplitude, and it will be forced to the west a bit as the upper trough over Hudson’s Bay sends an appendage southwestward across Canada in the next ten days. Meanwhile, an upper level ridge over the southwestern Atlantic will extend westward and strengthen somewhat, with a pool of warmer than normal air building underneath it. The contrast of the abundant cold air across the North and the growing warmth in the Southeast will help to fuel an enhanced storm track from the southern Plains and Gulf of Mexico into the Northeast. Will all storms track offshore and deliver major snowfalls to the resorts of the region? Not necessarily. A storm that tracks up through the eastern Lakes and brings a mixed mess to the east of its’ track is a risk, as well…we could very well see one of those unfold early next week. But as long as the warm pool in the Pacific remains in place, and it will, there will be ample cold air fed into any storms that move into the region to produce snow most of the time in the mountains. It shapes up as a classic battle between air masses, and promises to keep forecasters on their toes. More importantly, it bodes well for powder lovers, and for anyone booked into a resort for the upcoming President’s Day vacation week.

In the shorter term, the first half of this week will be very cold, but with an extra layer of clothing, you’ll be able to take advantage of smaller midweek crowds and some very nice snow. Temperatures will start to modify later in the week, and as the jet stream relaxes and turns more westerly, the parade of low pressure systems should get underway, with some light snow across the mountains a pretty good bet early in the upcoming weekend…that should just be the start of a very snowy February.

Mountain Creek, NJ: Snow Bowl Feb. 1 and Feb. 2. On snow tailgate parties, live music, $10,000 field goal contest, and free skiing/riding if you are “dressed properly” from 3 to 9 p.m. on Sunday. Go to mountaincreek.com/events for the details. 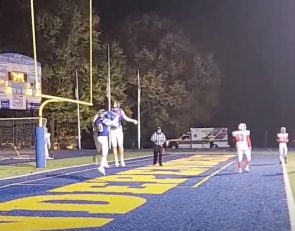 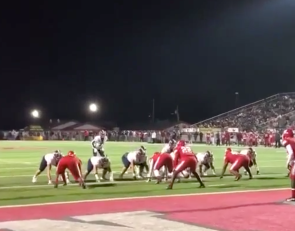 https://usatodayhss.com/2014/skiing-weatherman-a-look-at-the-polar-vortex-and-a-february-forecast-2
Skiing Weatherman: A look at the Polar Vortex and a February forecast
I found this story on USA TODAY High School Sports and wanted to share it with you: %link% For more high school stories, stats and videos, visit http://usatodayhss.com.