For the previous five seasons as St. Clair’s JV coach, Dave Fry has seen a different level of soccer than he will this season.

That’s because Fry has stepped back in as varsity coach of the Saints this fall.

Needless to say, he’s looking forward to the boost in execution and skill the varsity team brings.

“The commitment of the 11th and 12th graders, it’s a lot stronger than 9th and 10th graders,” he said “To see that seriousness and dedication, it’s nice to be around.”

Stepping in as the new head of the program, Fry’s transition will go smoother than most coaching changes. Having coached most of his players in the past, he already knows his roster inside and out.

However, the players that are used to seeing Fry in JV are seeing a new, more focused side of their coach this season.

“They were somewhat surprised at the level of conditioning they went through and the level of yelling that I’m doing,” Fry said with a laugh.

Pushing players to grab the MAC Gold title isn’t the only goal he wants to accomplish. When coaching JV, the younger players simply didn’t hold the same communication as the older varsity players.

“That age group, I missed (while coaching JV),” he said. “I can give a few more life lessons (to varsity players), and we have three freshmen that are getting the crash courses in the life lessons.”

Fry and the Saints will have a challenge in winning their conference title, as 13 underclassmen are on their roster.

The only area team to do better than the Saints did in the MAC Gold was Marysville, which has a bright outlook on its season as it returns nine players to the field. Last season saw a second-place finish behind Clawson, with a 7-1-4 conference record.

Port Huron, also in the MAC Gold division, will be looking to improve on last year’s 4-11-3 record.

Port Huron Northern started the season on Friday with a 2-0 win over the Saints, getting their season off to a solid start after posting a 1-8-3 MAC Blue record last season.

In the MAC Silver, Marine City will look for their eight returning players to repeat last year’s successful 9-4-2 season. 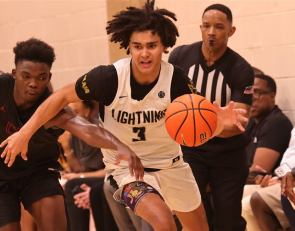 https://usatodayhss.com/2014/soccer-back-to-the-main-event-2
Soccer: Back to the main event