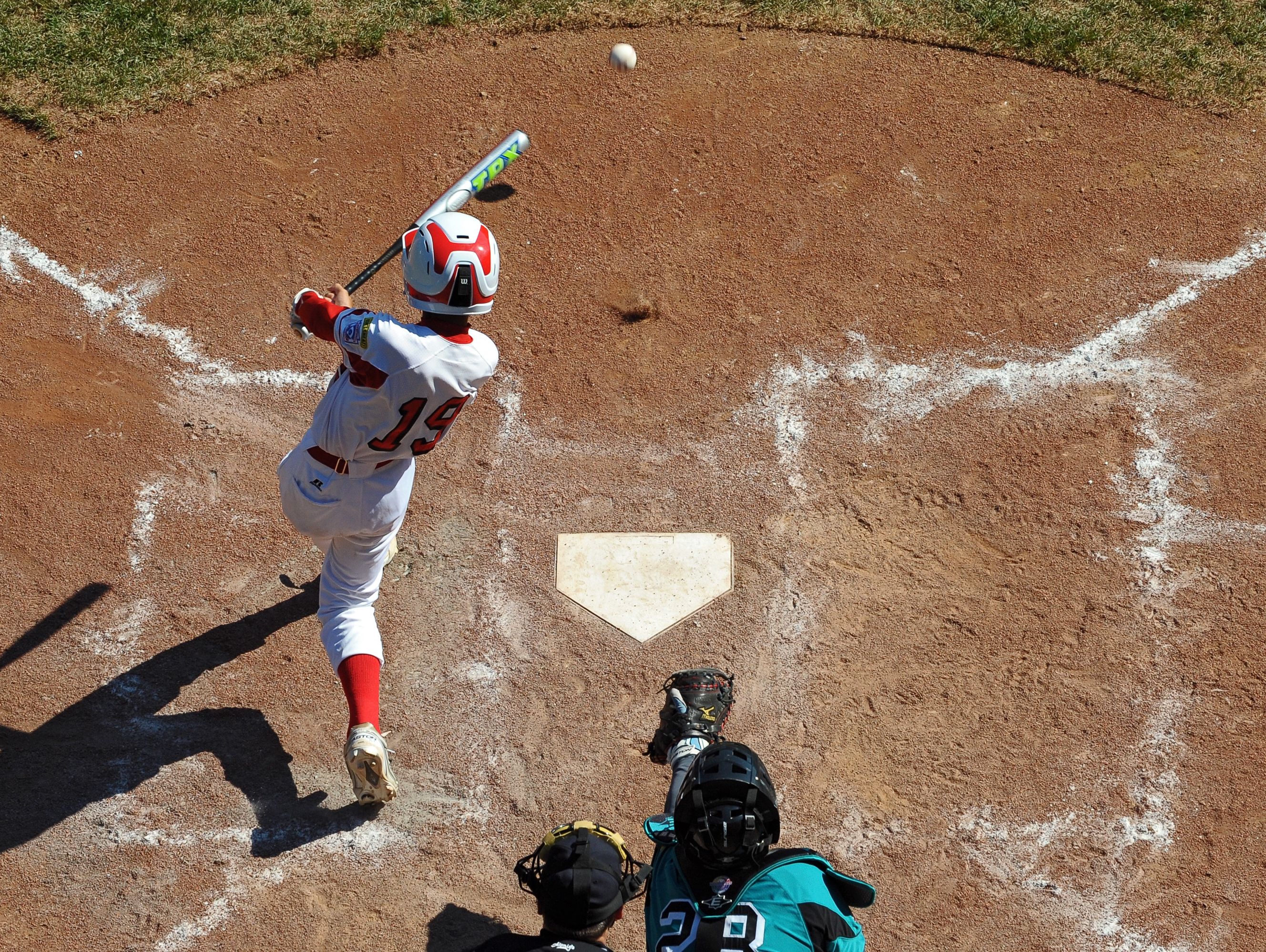 If your budding baseball player is a diamond in the rough, those skills need to be polished if they hope to one day make it into the big leagues.

You may be able to hit a home run with recommendations from a former outfielder for MLB teams just as the Chicago Cubs.

“If God gives you a dream, it’s up to you to work hard to fulfill it,” said Trenidad Hubbard.

So what was his secret to success to pulling off moves like this on the baseball field? Practicing might seem obvious, but you can’t just do that when your child is playing with friend; you have to go at it by yourself. 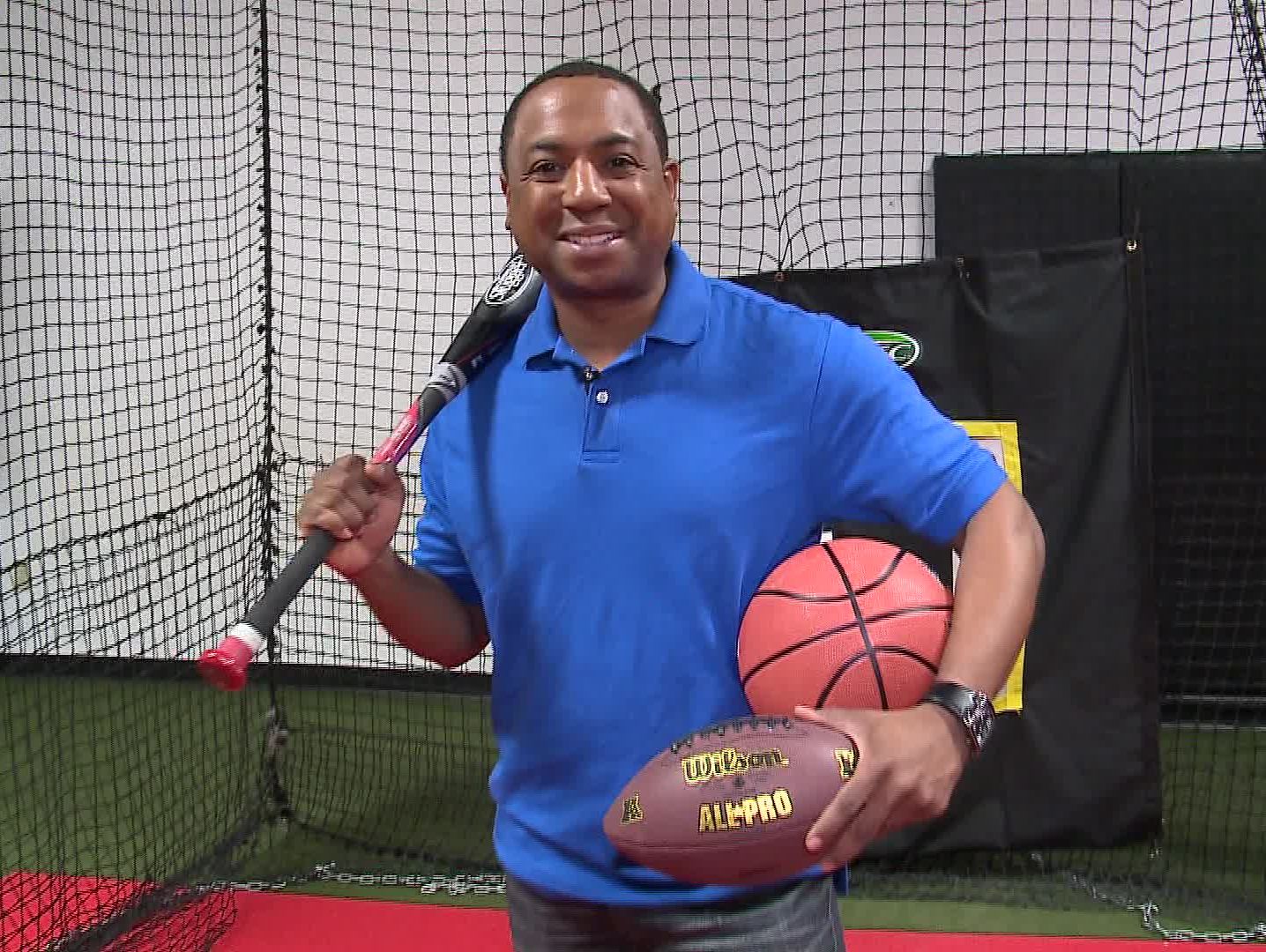 “Get your 10,000 hours of practice in and you might find greatness,” Hubbard told us about the need to reinforce that value.

That will lead naturally to the second step to entrench in your child: preparation.

“Some people are very natural at hitting, but when you become great at it, is to work at it,” said the Chicago native. “You exhaust all of your efforts in terms of preparation, because it comes from preparation.”

Children often have those players they look up to, but becoming better at the sport will involve studying the player that they look up to. It is one of the tenants that Hubbard lived by when he was younger and dreamed of a career on the baseball diamond.

Remember those tips from Trenidad Hubbard, you just may hit and home run while encouraging your child.

“You have to make it; become more of not just a tool, but a skill.”

It’s a game of constant movement, but what does it take to make it into the league?

We went to Nansemond County native Lamont Strothers, who was a shooting guard for the Portland Trail Blazers.

“You have to perfect your craft,” said the shooting guard, who hit the hard for the pros when he was drafted by the Golden State Warriors.

How did he make it into the NBA and what does he think you should do now to help your child become better in basketball?

Of course, if you can get your child to stick to that routine, then your next mission might be a bit easier to accomplish: consistency.

“Meaning I want to go and make 25 shots from this spot today. You know I want to make,” he said.

But before you ever get to that point, all of it has to start with a dream… not your dream, but from the child themselves.

Bottom line: your hoop dreams of your child hitting nothing but net in the NBA could be hit with a rebound if you don’t stick to the plan.

It’s not very often that athletes are successful at two professional sports, but Bo Jackson wasn’t the only player to pull off such a feat.

“I would like every other kid that wanted to go and dream of playing in the NFL,” said D.J. Dozier, who played not only football professionally, but also in the MLB.

Since it’s such a rare achievement, we wanted to know what parents should do for their kids.

One of the first things he says a parent can do now to get their child ready for the sport of their choice is this: forget the money.

“It’s sort of woven into our society that any kid could be a superstar and get a scholarship, and it becomes all about the money instead of the experience,” said the former running back.

Having graced the cover of Sports Illustrated by playing in the NFL, he says you and your child will only be successful if you play and train for the love of the game.

But if that is the case and your child is truly in love with the sport, then the next step is to not leave your child hanging and help them nurture their skills.

“You have a certain knack for certain sport or or certain position, then hone in on that.”

Dozier not only played in the NFL for the Minnesota Vikings, but also for the New York Mets. The sky was the limit for him, but that may not be the case for your child — even for just one sport — so know their limit.

“Work within your talent pool. I think if you do that, I think you will be successful,” he told us. “It’s healthy to want to achieve something at the highest level, but certainly for the right reasons for him is always the best way to have that outlook.”

It’s no secret that Hampton Roads is a proving ground for athletes in all sports, and that is evident with Angela Hucles. She attended Norfolk Academy and played soccer for the United States around the world.

First on her list for parents who want to get their child to develop in a sport is, don’t leave them hanging.

“I think it’s crucial that parents are involved in the choices for the children,” said the two-time Olympic Gold medalist.

Her big break came during the 2008 Summer Olympics in Beijing, when a teammate suffered an injury and she was called in to perform.

The next tip that she would give parents is to check their expectations of being showered with cash and fame, and there is a good reason why they need to remember that advice.

“The percentage of that actually happening for your child is quite low,” said Hucles, who finished 3rd in two World Cups. “Whether it be in sports or extracurricular activities, it’s not about being a professional athlete.”

But above all, if you do notice that your child has a pension for the pros, she suggests that you not push your child… at least, not too hard.

“A child will drop out of the sport,” she advises. “At the essence of it all, too, just really have fun with it, because you’re not really going to go any further unless they have a joy.”

Even for the most devout athletes who’ve played the game since they were kids, there are no guarantees of making it into the NFL. For those who see promise in their child, it still takes a commitment to develop the skills to get them to that level.

For a few tips on what you can do now to put your child one steal closer to the pros, we went to Pittsburgh Steelers head coach Mike Tomlin.

“The hard work, the teamwork, the commitment,” said the Norfolk native.

Discipline is the first word of advice from the man who became the youngest head coach to lead his team to a Super Bowl victory, and it’s what he also teaches his children.

“Regiment their sleep, make sure they’re getting proper rest, get them up in the morning and get them active,” Tomlin said.

The second word of advice might seem obvious when one aims from the rough and tumble sport of professional football, but one must always remember that the basics have to be applied regularly.

“I tell my sons… I make them do push-ups and sit-ups while they watch television when commercials are on,” insisted the man who is only the 10th African-American head coach in NFL history.

Next up: swinging up to the drive-thru at your favorite fast-food restaurant might be a major fumble when it comes to preparing a winner.

“Being mindful of what they put in their body from a nutritional standpoint,” he told us. “Things that appear to be minor… just good habit-forming things.

https://usatodayhss.com/2015/13news-now-drillin-it-with-student-athletes
13News Now: Drillin' it with student athletes!
I found this story on USA TODAY High School Sports and wanted to share it with you: %link% For more high school stories, stats and videos, visit http://usatodayhss.com.