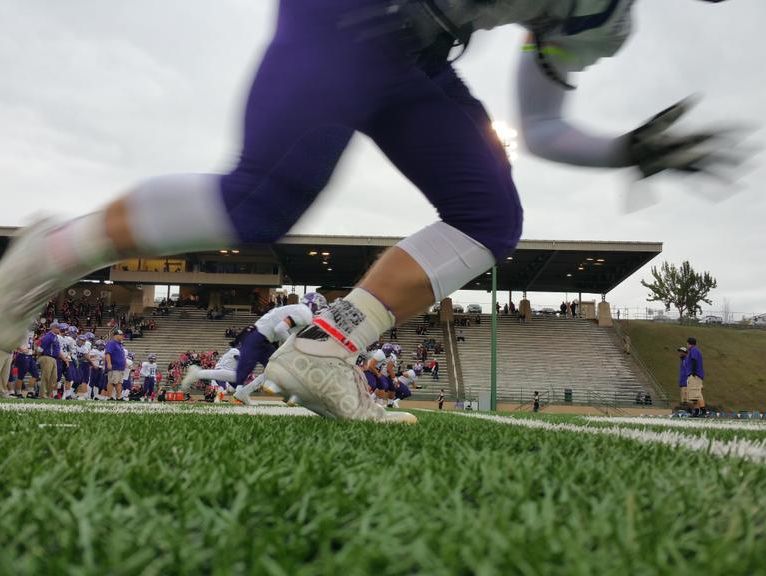 Heritage at Union for KGW’s Game of the Week.

PORTLAND, Ore. — It’s another big week of local high school football. Here’s a look at some of the top Week 7 games.

The Cardinals have been rolling, only allowing 39 points all season. They’ve pitched two shutouts in four PIL games so far. Offensively, Lincoln’s wing-T offense has taken a step forward in Wes Warren’s second season as coach.

Wilson will give Lincoln its toughest league test so far. The Trojans are 2-2 in league play but would be 3-1 if they weren’t forced to forfeit their win against Cleveland last month. Friday night is a must-win game if Wilson hopes to make a late season run at a share of the PIL title.

The Lions are coming off a heartbreaking 39-35 loss against No. 2 Sherwood last week. It will be interesting to see how West Linn responds coming off its first loss of the season.

Beaverton has been on cruise control since dropping its season opener against Centennial. The Beavers, led by senior quarterback and Colorado commit Sam Noyer, have won their last five games by double figures. Beaverton must win in order to keep pace with No. 1 Jesuit at the top of the Metro League.

Southridge is 3-1 in league play and coming off a 38-13 over Aloha. A win over Beaverton would put the Skyhawks in a tie for second place in the Metro League and would be the Skyhawks’ first win this season over a team with a winning record.

Both teams are tied with Crescent Valley at the top of the Mid-Willamette Conference, so this is likely a must-win for both teams to stay in the conference title hunt.

Lebanon has scored at least 30 points in each game this season. Meanwhile, South Albany has allowed the third-least amount of points of any 5A team. It should be a great matchup of offense vs. defense.

As we enter the final third of the regular season, it’s time to start looking at the playoff picture. Newberg enters Friday night’s game ranked No. 30 by the OSAA and Canby is ranked No. 40.

Thirty-two teams make the postseason, so this is an opportunity for both teams to pick up a crucial win that could determine whether or not they make the playoffs.

Canby finishes the season against No. 4 West Linn and No. 2 Sherwood, making Friday night a virtual must-win if the Cougars are going to make the playoffs without a major upset victory.

Subway customer with rodent in sandwich: ‘It was unfortunate’

https://usatodayhss.com/2015/5-games-to-watch-in-week-7-of-the-hs-football-season
5 games to watch in Week 7 of the HS football season
I found this story on USA TODAY High School Sports and wanted to share it with you: %link% For more high school stories, stats and videos, visit http://usatodayhss.com.