USA TODAY High School Sports is launching a series called “60 for ’16” to highlight 60 members of the Class of 2016 who we will be watching in the coming 12 months. The athletes were selected by the USA TODAY HSS staff.

What we’ve seen: Hemphill was named to the American Family Insurance All-USA Second Team after a standout junior season for St. Thomas More, which was returning only two starters from 2014’s state championship team.  She hit .489 despite being walked 49 times in 25 games. She also added nine home runs and posted a .758 on-base percentage.

In 2013, she hit an even-better .630 with 17 home runs, a season that indicated to opposing pitchers that they should probably avoid her. That season also ended with a state title for St. Thomas More.

She was named Louisiana Sports Writers Association’s Class 4A Softball Player of the Year.

Hemphill is rated the No. 3 overall prospect in the class of 2016 by FloSoftball.com

Why we’re watching: It’ll be intriguing to see how pitchers approach Hemphill in her senior season. Her offensive numbers could dip if teams continue to give her little to hit — if they let her swing at all — and she will need to be patient to maximize her opportunities. Still, expect her to have a sky-high average and even add in some home runs as well.

Her coach Andria Waguespack says Hemphill is “one of the most dangerous hitters in the country.”

Hemphill has taken a wistful approach to all the walks. “It (multiple intentional walks) can be frustrating at times. But the positive way of looking at it is that a runner gets on base,” she told Gannett partner The Advertiser. “I just have to take time in practice to get into a rhythm.”

She’s headed to national powerhouse Alabama, and will be the next in a long line of sluggers to play for the Crimson Tide. Seven players on the 2015 roster posted a slugging percentage of .450 and Alabama finished 48-15 with a loss to LSU in the Women’s College World Series and a top 10 national ranking at season’s end. 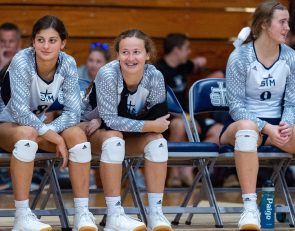 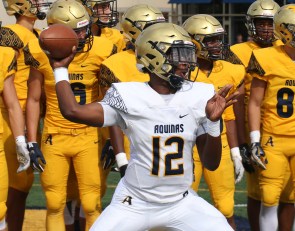 What we learned: No. 2 St. Thomas Aquinas rolls Carol City