7-on-7 returns to Maryville College

7-on-7 returns to Maryville College 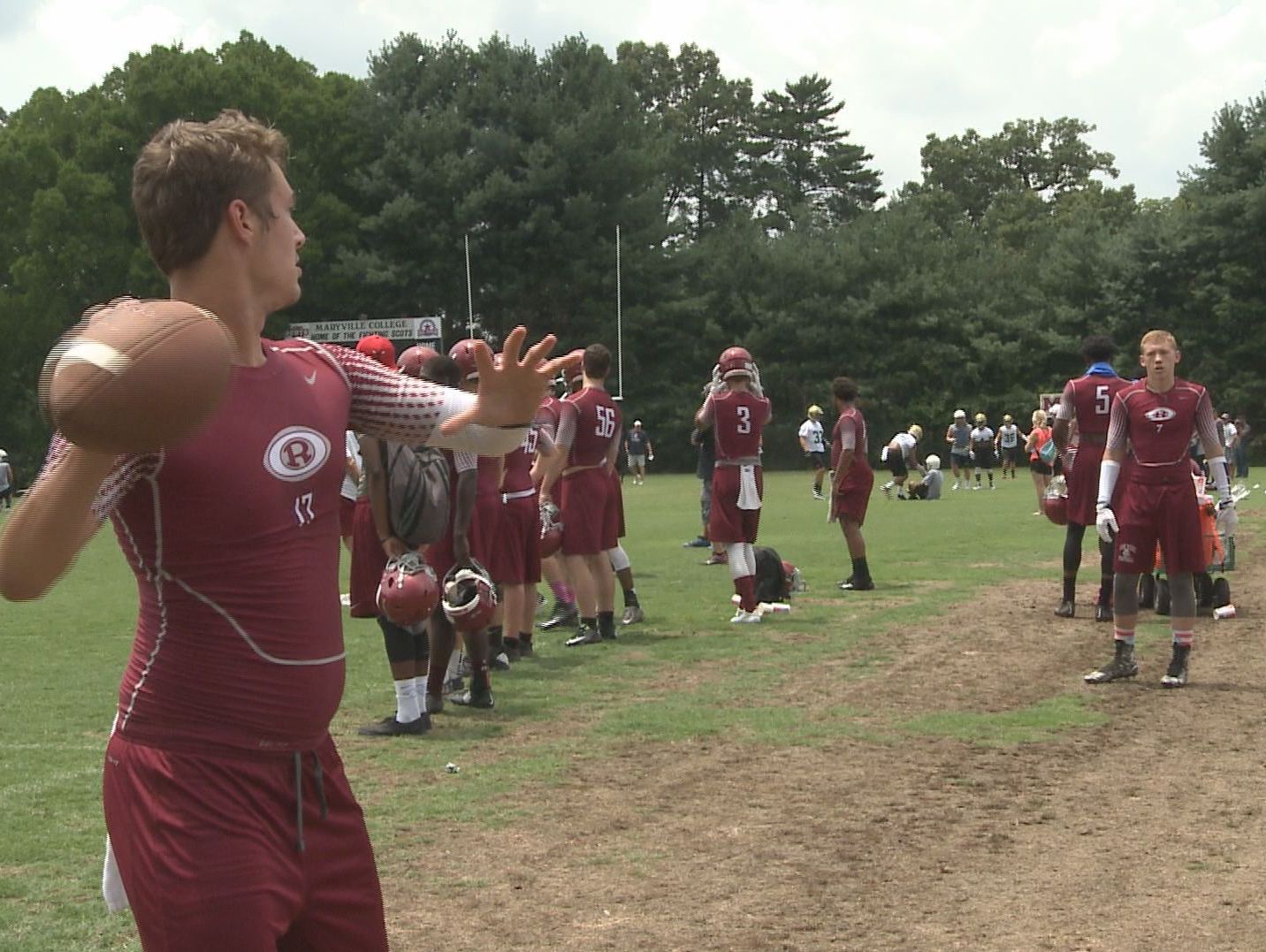 Over 20 local teams traveled to Maryville College for the annual 7-on-7 Pass Perimeter Practice Day. The event began at Lenoir City High School in the summer of 2007. It has been at Maryville College since 2008.

There were two sessions for teams to come in and compete against other schools. While it’s a lot different than what the players will experience on Friday nights, it does help.

“Mainly with timing,” said Jefferson County quarterback Austin Jenkins. “You get to see where your receivers are going to be on certain plays. You get to see new coverage schemes. You get to see movement. That allows you to progress throughout the season.”

Teams worked on the football field and the baseball field.

“You go out and compete against some other schools in the area and, again, try to find your strengths and weaknesses,” said Campbell County head coach Justin Price. “What you can and can’t do and how you focus on those strengths and also improve on the weaknesses of your program.”

The event is dedicated to the memory of Cody Bowers who played and coached at Maryville College. He died in the fall of 2007. Current and former MC football players served as volunteers for the event.

https://usatodayhss.com/2015/7on7-returns-to-maryville-college
7-on-7 returns to Maryville College
I found this story on USA TODAY High School Sports and wanted to share it with you: %link% For more high school stories, stats and videos, visit http://usatodayhss.com.