8 storylines to watch for in the 2015 HS football season

8 storylines to watch for in the 2015 HS football season 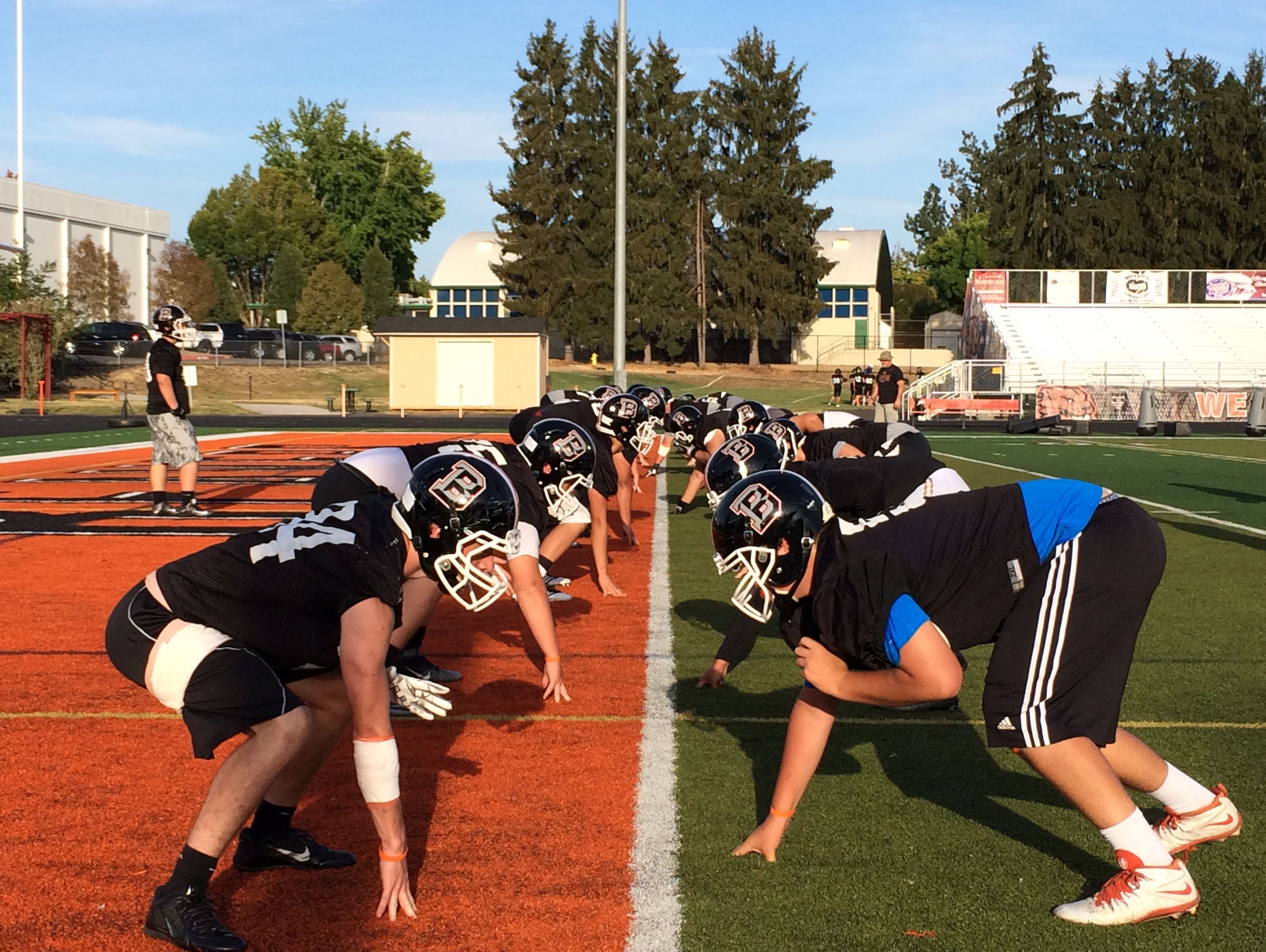 As we look forward to another fall of thrilling plays and championship moments, here’s a look at eight local storylines to watch as the season unfolds.

1.) Will the state champions defend their titles?

Gladstone won its first state championship since 1978 last season in J.J. Jedrykowski’s first year as head coach. However, the Gladiators will have to make up for the departure of 27 seniors, including the 4A Offensive Player of the Year (Handsome Smith) and the 4A Defensive Player of the Year (Zach Smith). Similarly to Central Catholic though, Gladstone debuts at No. 1 in the 4A preseason state top 10 poll.

Last season, five of the 16 teams in the second round of the 6A playoffs were from the Three Rivers League. That trend could easily continue in 2015.

We’ll get a taste early in the season of how good these teams are as three of them take on other teams ranked in the state’s top 10 on the season’s opening Friday. West Linn faces No. 9 Oregon City, Sherwood goes on the road against No. 7 Grants Pass and Tigard will start its season against No. 3 Sheldon.

3.) Will the PIL be more competitive in its second year at 6A?

The PIL returned to its full form in 2014 and last year was a bumpy start. The league went 1-22 in non-conference play, including the postseason. Lincoln picked up the league’s only win, 34-0 over Glencoe. Obviously, a few more wins and a general increase in competitiveness in the opening weeks of the season would be a good sign for the PIL.

Last year, Hillsboro and Liberty tied for the league title, with Hillsboro picking up to the head-to-head victory 14-6. The 2015 battle is KGW’s Game of the Week.

Liberty returns 28 seniors, including 10 starters on each side of the ball, to a team that reached the state quarterfinals last year. The Falcons begin the season ranked No. 2 in the 5A preseason state top 10 poll.

Hillsboro will have some new players stepping into crucial roles, including quarterback. Still, the Spartans are expected to be in the hunt for a league championship.

Wilsonville finished third last season, but beat Hillsboro to end the regular season, and reached the state quarterfinals. Expect the No. 9 Wildcats to be in the mix as well.

5.) Will anyone take down Jesuit in the Metro League?

The Crusaders rolled through the Metro League last season, with Westview being the lone team to compete for a full four quarters in a 49-44 loss. No. 2 Jesuit won its other six league games by an average of 40 points a game.

Who will be the team to give Jesuit its toughest game this season? There’s no clear-cut favorite. Beaverton, Southridge and Westview each received preseason state top 10 votes. Westview lost most of its state-best offense and Southridge must replace some key players, but should be in the mix. Beaverton will be led by quarterback Sam Noyer, who has committed to Colorado, and Aloha returns a lot of experienced players.

6.) Will the Mt. Hood Conference see a new contender rise?

Related: Centennial looking to rise above the fray in Mt. Hood Conference

West Linn junior quarterback Tim Tawa was the Gatorade State Player of the Year and most of his weapons returns to make a state title run. Look for Lions junior running back Elijah Molden to build a compelling stat line as well.

Jesuit returns quarterback Eric Restic and running back Jason Talley. If the Crusaders live up to preseason hype, look for either Restic or Talley to be in the Player of the Year conversation.

Sherwood running back Jake Eisenbeiss was first-team all-league last year and will get a lot of carries thanks to Sherwood’s wing-t offense.

Lake Oswego quarterback and Beaverton quarterback Sam Noyer each enter their third years running the offense. If their teams have success this season, both players will be a big reason why.

Central Catholic running back Ronnie Rust was impressive when he filled in for Cameron Scarlett, who is now at Stanford. If the Rams’ offensive line is as dominant as last year, Rust should have a strong year.

David Douglas defensive lineman Osa Odighizuwa has followed his brother’s footsteps by committing to UCLA. Look for the all-state lineman to dominate up front again this year.

Jesuit’s Jordan Happle was the Metro League Defensive Player of the Year last season, and is arguably the best defensive back in the state.

Central Catholic linebacker La’Mar Winston and safety Brady Breeze are regarded as the top two Oregon class of 2016 prospects. Both will be Ducks next season. But for now, look for the duo to lead the Rams’ defense in their quest for a third straight state championship.

https://usatodayhss.com/2015/8-storylines-to-watch-for-in-the-2015-hs-football-season
8 storylines to watch for in the 2015 HS football season
I found this story on USA TODAY High School Sports and wanted to share it with you: %link% For more high school stories, stats and videos, visit http://usatodayhss.com.