A Dover Tigers fan for 86 years and counting

A Dover Tigers fan for 86 years and counting

“I went to my first game when I was two because my uncle, my mother’s younger brother, was the quarterback, and the team was having a good year. They were the champions that year. Nobody wanted to stay home and watch me so they took me. I didn’t know what I was seeing,” Inglis laughed.

“But as I got older, when I was probably six or seven, my grandfather, my mother’s father, would explain to me what was going on out on the field and what was happening. He was very good about it. So it didn’t take me long and I knew what was going on and I could enjoy it.”

While growing up, the Inglis family never missed the annual Thanksgiving Day rivalry game between the Morristown Colonials and the Dover Tigers. It was more fun when a family member was playing but if not, the entire clan made the trek anyway to cheer on the Tigers.

“I was 88 in August and I go to the games still because I enjoy going. Nate is the only one who is in high school and I get to watch him play. I saw him Friday night. It wasn’t a good night for Dover (The Tigers lost to Boonton 38-3), but it was nice to see them out there. At least they were trying.”

“I was in school during the war. It was really hard because they didn’t have the money to take the boys one year on a bus so they had to ask the parents,” Inglis said.

A lifelong Dover resident, Inglis raised her four children, two boys and two girls, in the same Victorian house that her grandmother and grandfather built in 1914, when they first arrived from Succasunna. Only three of her 13 grandchildren – granddaughters, Sierra and Rebecca, and grandson, Nate – went to Dover High School.

“I was born in Dover but in those days you weren’t always born in a hospital. I was born at Mrs. Champion’s. She was a nurse practitioner, a midwife. My mother had me in August of ‘27 and then when she was well enough to go home, she went home.”

Her family’s history includes relatives fighting on both sides during the Civil War. After her grandfather’s father enlisted in the Union army, his father was so mad at him, he enlisted in the Confederacy.

“When the war was over and they came back, they lived together, they weren’t mad anymore and they would talk about what they had done in the war. Come to find out they had fought each other sometimes. They were in the same battles. Isn’t that something?”

On Friday at 7 p.m., Inglis will be at Hamilton Field in Dover watching her Tigers host the Parsippany Redskins. The team raised their record to 2-3 with a 21-17 win over Hackettstown last Saturday.

“My mom’s favorite subject to talk about is Dover football. She continues to attend most every Dover football game, no matter the weather,” said Cathy Malman, Inglis’ daughter. “She is so excited for this season and to watch Nate play.”

Mad Max from Eleventh Hour Rescue is a four-year old Shepherd/Husky mix who weighs about 90 pounds. He is a big overgrown, playful puppy who is always just happy to be around you and is very sweet and affectionate. Max is currently living in a foster home with kids, but he should probably go to a home with older kids because he is not aware of his size and strength. He does great with the other dogs in his foster home and walks well on a leash. Max also loves going for car rides and is crate-trained and housebroken too.

To read more about Mad Max, to complete an application for him, or to see all of the adoptable pets, please visit: http://www.ehrdogs.org or call 973-664-0865.

Catarina DeMatos and Nishita Sinha, both juniors at Chatham High School, graduated from a seven-week Girls Who Code program at New Jersey Institute of Technology in Sept.

The intensive summer program pairs more than 300 hours of instruction in web development and design, robotics, and mobile development with mentorship and exposure led by the industry’s top female engineers and entrepreneurs. 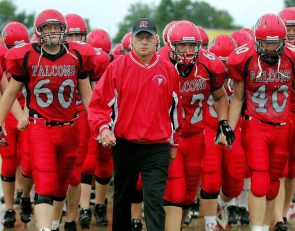 https://usatodayhss.com/2015/a-dover-tigers-fan-for-86-years-and-counting
A Dover Tigers fan for 86 years and counting
I found this story on USA TODAY High School Sports and wanted to share it with you: %link% For more high school stories, stats and videos, visit http://usatodayhss.com.