A repeat would be sweet for Victor football

A repeat would be sweet for Victor football

The Victor Blue Devils showed last season they not only could hang with the area’s largest schools, but beat those teams, when they won Section V’s Class AA title, the prize in the top classification.

Most teams take a step backward after championship seasons; some even expect to. Not at Victor. Democrat and Chronicle All-Greater Rochester Player of the Year Mike Wagner and two AGR defensive linemen may have graduated, but the Blue Devils still have their eyes on the same trophy.

“We just knew that we had to be bigger and stronger than everyone else to get the respect that we deserved,” Victor two-way lineman Sam Palomaki said. “We lost three offensive linemen and our two defensive tackles, but we’ve got a bunch of guys over there that are willing to put in the work.

The Blue Devils will need to climb through a schedule that includes Webster Thomas, always tough-nosed Hilton, Gates Chili, Webster Schroeder and a homecoming game against Rush-Henrietta, with AGR quarterback Jared Gerbino. All of those teams, except Schroeder, have used run-heavy offenses with success.

“(A step up in schedule and class) helped up last year,” Victor coach Geoff Mandile said. “I wanted to make sure we play the best schedule that we can play and prepare for sectionals.

Aquinas football moves ahead after tough ’14

“We’d like to have that size up front. We won’t have it again this year, but we’ll be as athletic, I think maybe a little bit faster, but some kids have to step up.”

Experience can be a valuable teacher, and the Blue Devils have a decent amount of players back from a team that won a sectional title in its first season in Class AA.

“Winning, I feel, gives us momentum into this year, because we know we’re a competitive team, that we can win,” Victor running back/defensive back Patrick Barrow said. “We were hard-hearted, we just put everything on the field every game.

“We didn’t have the biggest team in the world, or the fastest, but as a group we worked so well together on defense and offense that it all came together.”

Outlook: Look for Victor to try to diversify its offense. By the end of last season, the Blue Devils were down to about four passes a game after they attempted 25 in their season-opener. But hey, the muscle approach worked. “I don’t think we’ll be 50-50,” Mandile said. Still, the Blue Devils can see using receivers like Nick Varone, who was on track to start last season until he suffered a broken collarbone, and former JV player Mitch Spindler. There is still the question of who will throw to these new targets, either junior Clay Bleier or Trimboli. The reserve quarterback will still see action on the field, at another position. The loss of running back Joe Carrier should not be overlooked. Carrier is replaced by a group of backs, including the Barrow brothers. If championships in another sport count for anything, Victor’s roster includes familiar faces from the Class B state champion boys lacrosse team. 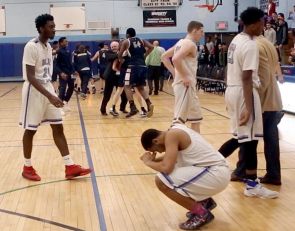 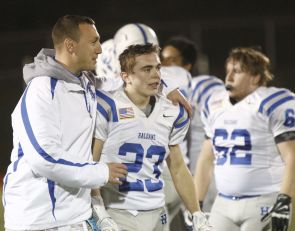 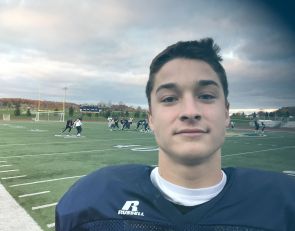 https://usatodayhss.com/2015/a-repeat-would-be-sweet-for-victor-football
A repeat would be sweet for Victor football
I found this story on USA TODAY High School Sports and wanted to share it with you: %link% For more high school stories, stats and videos, visit http://usatodayhss.com.