Analysis: Why Jack Abraham was named a Dandy Dozen

Analysis: Why Jack Abraham was named a Dandy Dozen

Find out the next pick of the Dandy Dozen by watching the video.

Oxford quarterback Jack Abraham is the ninth player named to the 2015 Dandy Dozen.

The photo that shows the difference between winning and losing, showing a player stopping several inches shy of the plane of the goal line during sprints. The rest of his teammates crossed the line before turning around to run back. This player didn’t.

Oxford made it the Class 5A championship game in each of the last two seasons but left empty handed both times.

Over the last two years, Abraham developed the skills he needed to become a skilled and consistent quarterback.

It led to a Tulane commitment and notoriety as one of the best in the state. But Abraham won’t be satisfied until each of his teammates crosses that figurative line.

“There’s been a couple of small things,” Abraham said. “I don’t think we’ve had the strong vocal leaders that we’ve needed. Now that we’re seniors and leaders of the team, we need to lead by example, work our butts of in the weight room and show the younger guys right from wrong.”

Oxford could very well face Laurel again in the championship game. With Abraham under center for a third straight year, the quarterback is determined to use his experience, poise and leadership to get the Chargers over the hump.

Stat breakdown: Completed 59.7 percent of his passes for 3,304 yards and 35 touchdowns as a junior.

Rankings: Three-star prospect by 247Sports and Scout, two-star by Rivals.

What makes him a Dandy: Abraham has started under center since his sophomore year and developed into Mississippi’s most accurate and consistent quarterback. The senior shatters the notion that a quarterback has to be 6-foot-4 or above and has the pocket awareness and ability to make smart decisions under pressure. The 6-foot, 198-pounder led the Chargers to the Class 5A championship game in each of the last two seasons and completed nearly 60 percent of his passes for 3,304 yards and 35 touchdowns last year. His field vision and release have improved each season as has his mobility. Abraham’s biggest attribute is the confidence he displays under center. Entering his senior season, his ability to pick defenses apart and find his receivers is the best it’s been, and it helps that he has multiple targets other than four-star wide receiver D.K. Metcalf to throw to. Abraham has shown the ability to develop his offensive weapons this summer when Oxford didn’t have Metcalf in several 7-on-7 tournaments it won. That’s a skill college coaches noticed early on with the quarterback and will rely on him for at the next level. His football I.Q. is exceptionally high and the instincts he’s developed over the years allows him to make adjustments on the fly to complete plays.

Where he’s going: Abraham will enroll early at Tulane. The quarterback chose the Green Wave over offers from Alcorn State and South Alabama because he believes he’ll have an opportunity to compete for playing time early in his career.

Best time to catch him this fall: Aug. 28 vs. Starkville. Abraham said he’s eager for The “Little Egg Bowl,” which will be broadcast on ESPN. The Chargers high octane offense goes head-to-head against the Yellowjacket’s stout defense. And while Oxford has 11 regular season games to worry about first, Abraham has his eye on a third consecutive trip to the MHSAA Class 5A championship game.

What he said: “It’s a huge honor, I’m so excited right now,” Abraham said. “A couple of guys were texting me congratulations and I didn’t know what was going on. It’s awesome. I’m ready to get out there this year with guys like D.K. (Metcalf) and (Chargers tight end Zach) Cousar and prove our worth.”

Worth noting: Oxford’s Abraham and D.K. Metcalf are the second set of teammates on the 2015 Dandy Dozen, joining Starkville’s A.J. Brown and Kobe Jones. 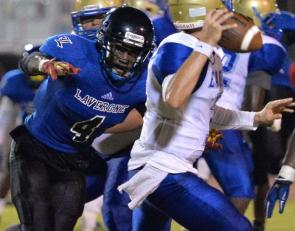 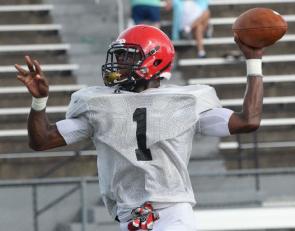 Dandy Dozen No. 10: Vols commit Theo Jackson of Overton 'grew up in orange' 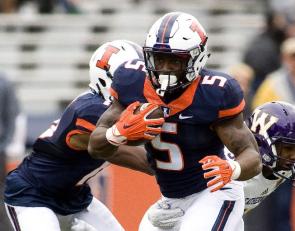 https://usatodayhss.com/2015/analysis-why-jack-abraham-was-named-a-dandy-dozen
Analysis: Why Jack Abraham was named a Dandy Dozen
I found this story on USA TODAY High School Sports and wanted to share it with you: %link% For more high school stories, stats and videos, visit http://usatodayhss.com.