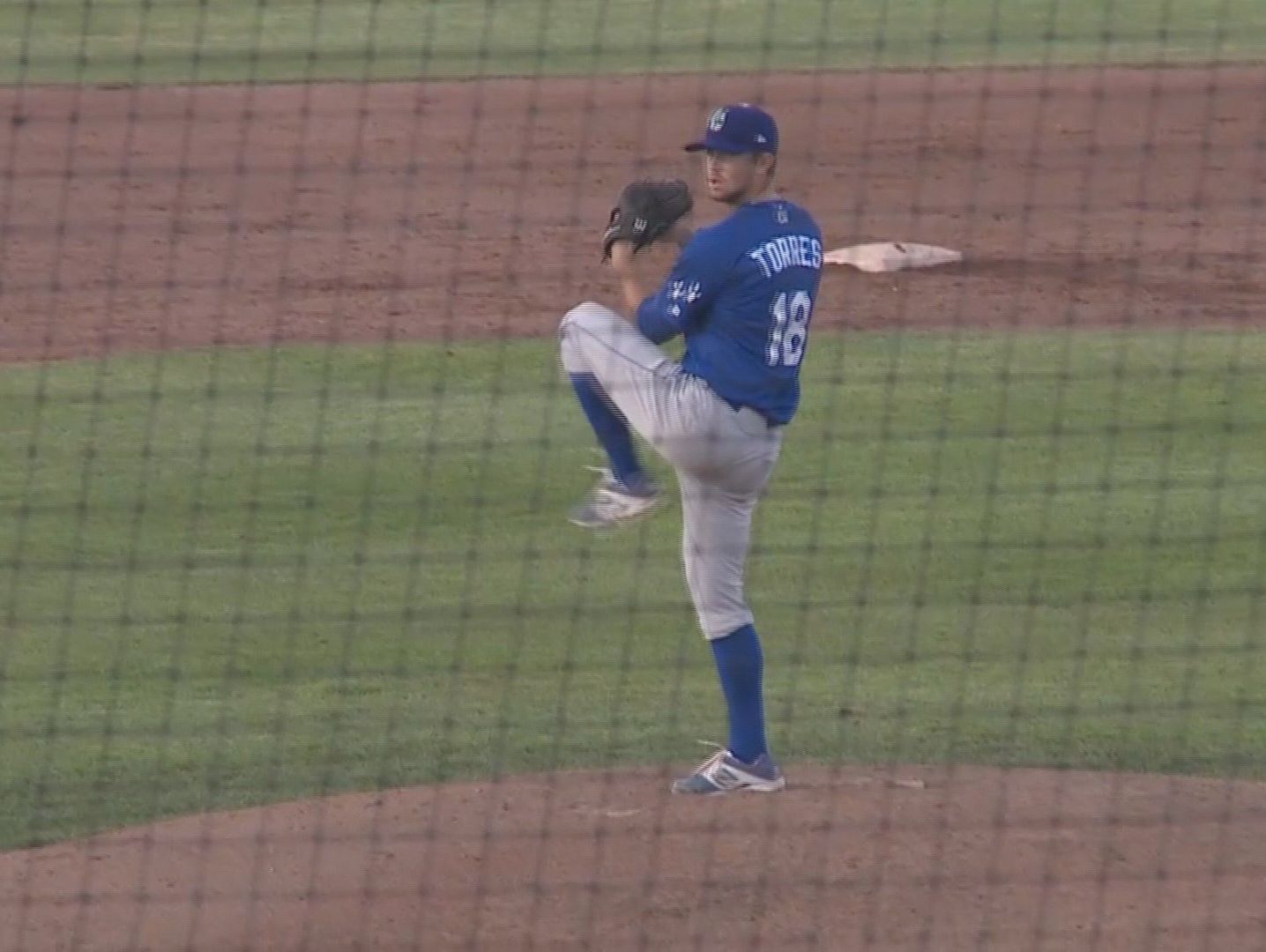 Since then, Anderson made his professional debut in the Arizona Rookie League, threw live batting practice to Dodgers outfielder Carl Crawford, a four-time all-star, all before being promoted to advance-rookie ball with the Odgen Raptors on June 29th.

Anderson was with his new team on Wednesday night. Coincidentally, his first opponent would be against the Idaho Falls Chukars.

The transition to Ogden was so quick, the Raptors didn’t have time to get him a jersey with his own name on it.

Posing as “Torres” on the mound, Anderson came on in the seventh inning, throwing two shutout innings, notching his first professional victory of his career.