Archbishop Murphy scored early in often in the Wildcats 56-21 rout of Black Hills in the first round of state playoffs. 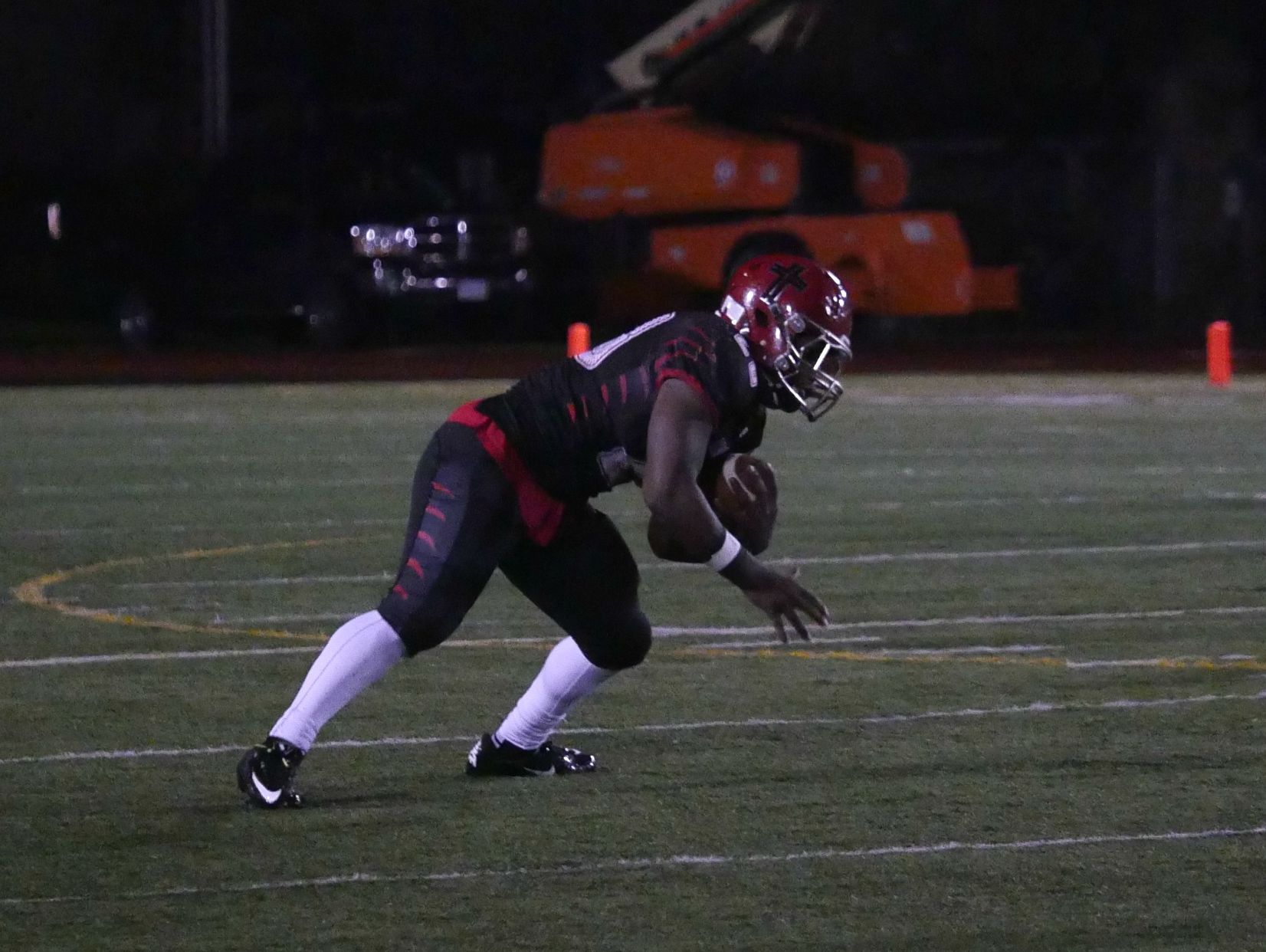 Murphy will advance to play the winner of Saturday’s North Kitsap vs. River Ridge game in the Class 2A quarterfinals next week.

The Wildcats said it was important to set the tone from the start and scored in the first two minutes off a 27-yard run from running back Kerry Jackson.

“We had to come out and make a statement,” Jackson said. “We had to show them what we’re about.”

Black Hills answered on the next play with an 80-yard touchdown pass from quarterback Christian Williams to receiver Mark Melendez. However, the Murphy defense tightened up, and those were the only points it allowed in the first half.

A big shining moment from the defense includes a pick-six from defensive lineman Darian Joseph in the second quarter.

Archbishop Murphy had an arsenal of offensive weapons. Leading rusher Jackson had 107 yards on 12 carries in the first half, and quarterback Connor Johnson went 3-for-3 for 17 yards and two touchdowns.

Johnson’s two touchdowns were to Anfernee Gurley and Bailey Singh-Halpin. Gurley had one catch for 12 yards, rushed for 62 yards and a touchdown , and he returned a punt 70 yards for a touchdown in the second quarter.

“That’s a pretty good receiving core there, and being able to run the ball and keep teams off balance is vital,” said Archbishop Murphy head coach Jerry Jensen.

https://usatodayhss.com/2015/archbishop-murphy-beats-black-hills-5621-in-first-round-of-state-playoffs
Archbishop Murphy beats Black Hills 56-21 in first round of state playoffs
I found this story on USA TODAY High School Sports and wanted to share it with you: %link% For more high school stories, stats and videos, visit http://usatodayhss.com.