Mesa Red Mountain’s Samantha Berg is azcentral sports’ October Athlete of the Month. She plays both Badminton and Tennis.

October Athlete of the Month

Has a 4.7 GPA … Ranks No. 1 on Red Mountain’s varsity-level badminton team in both singles and doubles … Also No. 2 on the tennis team last season … A National Merit Commended Student … Enrolled in honors classes and maintains straight A’s … Won regionals, nine years in a row, on Oct. 20 against Skyline 17-15 … Helped the team move from ranked fifth, to third this season … Made first-team All-City Badminton team every year since sophomore year … Last year, she was honored as the Section Player of the Year … Coach Maggie Borze said Berg is a natural leader, and younger teammates look to her for guidance … Wants to apply early for Haverford College … Berg said badminton helped her build confidence because she used to be shy … She said she will miss playing badminton competitively after high school … “Sam is my go-to girl when I need help,” coach Maggie Borze said. “I am new to the sport, so when there are certain techniques that I am uncertain of, I can go to Sam and she can then inform me on how to present the strategy.”

October Athlete of the Month runner-up

Has a 4.28 GPA … Plays opposite for Desert Vista’s volleyball team … Six-rotation player that takes over the front and back row … Serving rate is 95.8 percent (26 aces) and hitting .324 with 332 kills (leading her teammates in kills by 115) … Credited with 74 blocks and 212 digs … Throws javelin in track and field … Member of Rho Kappa Social Studies Honor Society … Volunteers to coach volleyball at the Club One U clinic at Club One Volleyball … Team won Division I SoCal Volleyball Championship … Selected into the All-Tournament team in the championship … Said she loved winning state in the 2014-15 season because it was a great experience with all her teammates on the court … Fairchild said she will miss hearing “Start Me Up” by the Rolling Stones play before every Desert Vista volleyball game … Played volleyball for five years, but she said she learned to ignore everything but the ball, like putting up a curtain, by her sophomore year … Committed to Fordham University to study business … She hopes to go to law school, too … She said she is ready for graduation and to move on to college … “She will run through a wall for you,” coach Molly West said. “She is fearless.”

October Athlete of the Month runner-up

Has a 3.9 GPA … Plays running back in football … During his freshman and sophomore years, he wrestled and played center field in baseball … In his junior year, he ran the 100-meter sprint in track … Volunteers with his church, mostly through Feed My Starving Children … Played football since he was 7 years old … Johnson said his dad played the sport, and he wanted to see how good he’d be at football … Helped Westwood beat Dobson 28-27 on Oct. 23 … Set a state single-game rushing record on Oct. 16 against Gilbert Higley with 38 carries for 566 yards and seven touchdowns …  He said he gets nervous before every game, but he doesn’t celebrate after every score because his dad taught him to stay humble and respectful … Plans to serve a mission after high school, and he hopes to go somewhere colder than Arizona … Said football has taught him dedication and perseverance, which will help him with his mission … Coach Jim Ewan said Johnson reminds him of Paul Perkins from Chandler High … “I’ve been coaching for 44 years, and Ethan may be the mentally toughest kid I’ve ever seen,” Ewan said.

Vote for the best high school Fan Experience at schoolspirit.azcentral.com. 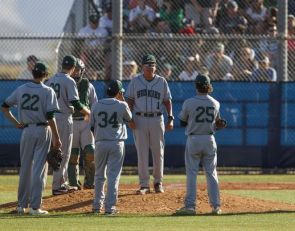 Commentary: High school sports is a balancing act more than ever 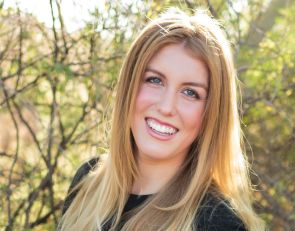 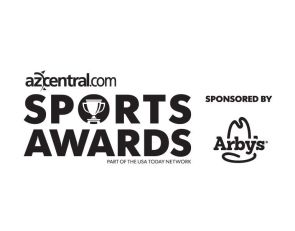 https://usatodayhss.com/2015/arizona-sports-awards-october-athlete-of-the-month
Arizona Sports Awards October Athlete of the Month
I found this story on USA TODAY High School Sports and wanted to share it with you: %link% For more high school stories, stats and videos, visit http://usatodayhss.com.