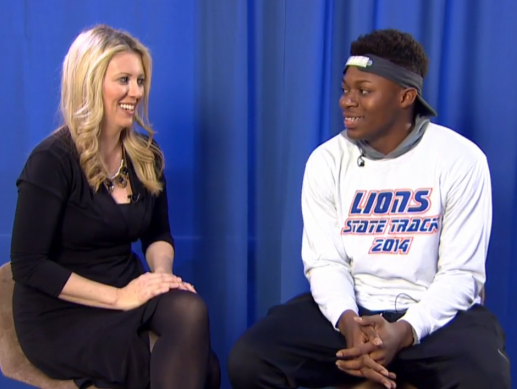 Auburn Mountainview safety Gavin Robertson committed to Arizona last Friday, making him the first ever Lions player to commit to a Division-I program.

Robertson has six offers as of now – the other five are Hawaii, New Mexico, Wyoming, Idaho, Eastern Washington.

The list of accolades exceeds past the gridiron for Robertson, too. He excels at the triple jump and was the SPSL 3A Jumper of The Year. According to Scout.com, Robertson would like to continue his track career at the collegiate level.

https://usatodayhss.com/2015/auburn-mountainview-db-robertson-commits-to-arizona
Auburn Mountainview DB Robertson commits to Arizona
I found this story on USA TODAY High School Sports and wanted to share it with you: %link% For more high school stories, stats and videos, visit http://usatodayhss.com.