Joe Berta has stepped down as head football coach at Clark Montessori to pursue other opportunities.

HYDE PARK — After going 16-14 in three seasons as head football coach at Clark Montessori, Joe Berta has elected to pursue other coaching and professional opportunities.

Berta, who took over for Steve Sheehan at the Hyde Park school was 6-4 in 2013 and followed that with back-to-back 5-5 seasons for the Cougars. Prior to that, he was Clark’s defensive coordinator. He is also the son of the original coach at Turpin High School, Bob Berta. Bob Berta also served on Sheehan’s staff and coached with his son for two seasons.

“I want to thank Coach (Joe) Berta for his service to Clark over the past three years as varsity head football coach and four years previous as an assistant coach,” Clark athletic director Aaron Zupka said. “He’s excelled with building positive relationships with our kids and helped put the Clark football program on the map. I’m thankful for all his hard work and the impact he has had on the lives of our young men at Clark Montessori.”

This year’s Cougars began the year at 2-5, then finished off with a first-ever defeat of Summit Country Day 26-24 and two decisive victories over Dayton Christian and Cincinnati Christian (48-9 and 64-7). The squad featured a pair of 1,000-plus yard rushers in Micah Blythe and Finneytown transfer Bryce Butler.

“I’m going to look into some things,” Berta said. “By no means am I finished coaching. We’ve had some pretty good success given the circumstances at Clark and the kind of competition we face. I think I have a gift to be a mentor. I’d like to spread that with as many young men or youth as I can.”

Berta was not in the building as a teacher at Clark, but says he never missed a practice, meeting or weight session.

“Maybe it may help a coach to be able to monitor the day-to-day activities of their athletes,” Berta said. “I thought it might be best for the program at Clark to go our separate ways. I think I’ve gained tremendous experience from being a head coach at Clark with a small, inner-city program.”

Where bigger squads often have 50 or more kids on the roster, Berta doesn’t recall finishing a season with over 20 on his sideline.

“We had some nice players, but not numbers,” he said. “We beat Summit for the first time in school history and we should have beat North College Hill. I thought we had closed the gap in our league in my tenure there.”

“If I have to catch on somewhere as an assistant and learn how somebody else does something, I think that makes for a good head coach,” Berta said. “It might be best for me to be a position coach for someone that’s had a lot of success and see how they do things. We’ll see what comes up.” 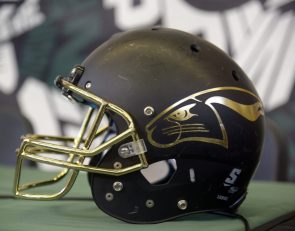 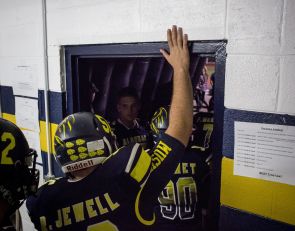 https://usatodayhss.com/2015/berta-resigns-as-clark-football-coach
Berta resigns as Clark football coach
I found this story on USA TODAY High School Sports and wanted to share it with you: %link% For more high school stories, stats and videos, visit http://usatodayhss.com.