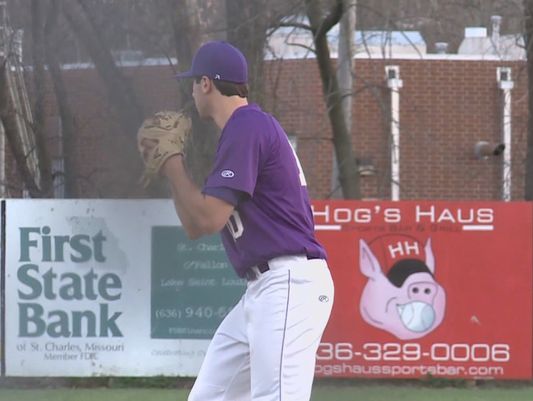 On Wednesday, USA Today unveiled their All-State teams. CBC’s Matt Vierling was tabbed as the Player of the Year in Missouri. The Cadet senior concluded his high school career in a spectacular way. He was the winning pitcher in the Class 5 semifinals, improving his record to 8-0. He also went 4-for-5 with a home run and three RBI in the Cadets’ victory over Staley for the state championship.

Vierling was drafted in the 30th round by his hometown Cardinals, but turned them down and will attend Notre Dame next season.

Also making the first team was Fort Zumwalt West’s Logan Andersen. The Jaguars’ infielder hit .452 with 2 homers and 24 RBI on the season.

Here is a story we did on Vierling wanting to be the next Michael Wacha.