When Cedar Hill coach Joey McGuire turned down a chance to join Charlie Strong’s Longhorns staff at Texas earlier this year, the reason was McGuire’s opportunity to coach his son Garrett McGuire at Cedar Hill. 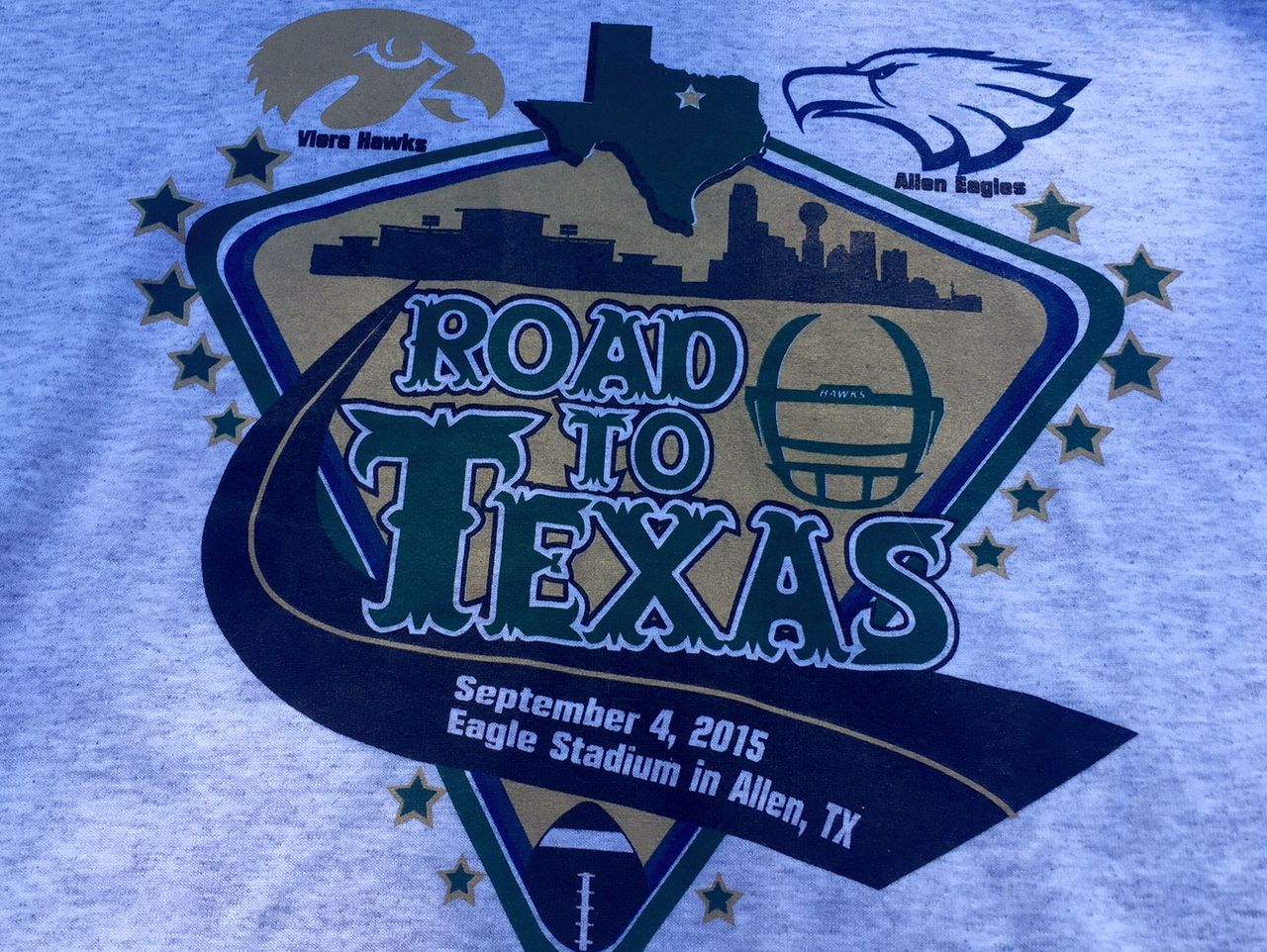 Viera (Fla.) is coming to Texas to play at Allen.

“Garrett’s our deep snapper,” Joey McGuire said. “He started last spring. He’s put a lot of time in practicing and watching videos on youtube to get good at it.”

Cedar Hill is ranked No. 3 in the Associated Press statewide Class 6A poll. Junior quarterback Avery Davis had an impressive start last week with four touchdown passes. With offers from Kansas, SMU and Texas Tech among others, the 5-11, 190-pound Davis sparked Cedar Hill’s state final win over Katy last December in coming off the bench.

Garrett McGuire got his first snaps at quarterback too. He completed 1-of-2 passes with a 24-yard completion.

Viera (Fla) travels to play top-ranked Allen (1-0). Viera has a solid program and sought out the experience of playing in Texas. The three-time defending state champion which ran its winning streak to 44 games last week, Allen has difficulty in filling its schedule.

In the Texas vs. the U.S. series, Euless Trinity scored a huge win over Concord De La Salle (26-21) last week on a nationally televised ESPN2 broadcast. In addition to Viera playing at Allen, Highland Park hosts the craziness of Pulaski (Ark.) Academy, whose coach is renowned for using onside kicks, going for improbably fourth-downs and is experimenting with rugby scrums. Pulaski converted 4-of-9 fourth-down conversion tries in a 48-42 loss to Highland Park last year and didn’t recover an onside kick … Highland Park has an 84-game home winning streak dating back to 1998 …

DeSoto (0-1) lost to powerful Arlington Martin last week and faces national powerhouse IMG of Bradenton Florida. IMG is a homeschool/training facility which attracts dozens of top athletes. Bradenton senior quarterback Shea Patterson played at Hildalgo, TX three years ago and spent a season in Louisiana before joining the IMG program. The 6-2, 195-pound senior Patterson is a Mississippi commit who was impressive in a 38-14 win last week over Miramar (Fla.) … Miramar is a strong program as well. Miramar played at DeSoto in 2010 when DeSoto rallied for a 42-21 victory in overtime.

Top 3 Names to Remember: Senior linebacker Hunter Donnelly (6-2, 215) of Arlington Martin is Colorado State commit but will get much stronger offers … Lancaster junior defensive end Noah Jones (6-2, 230) is going will go big-time soon … Euless Trinity sophomore safety Cameron Jones (6-1, 185) will be one of the top recruits for the Class of 2018 by end of season.

https://usatodayhss.com/2015/cedar-hills-garrett-mcguire-snaps-to-it
Cedar Hill's Garrett McGuire snaps to it
I found this story on USA TODAY High School Sports and wanted to share it with you: %link% For more high school stories, stats and videos, visit http://usatodayhss.com.