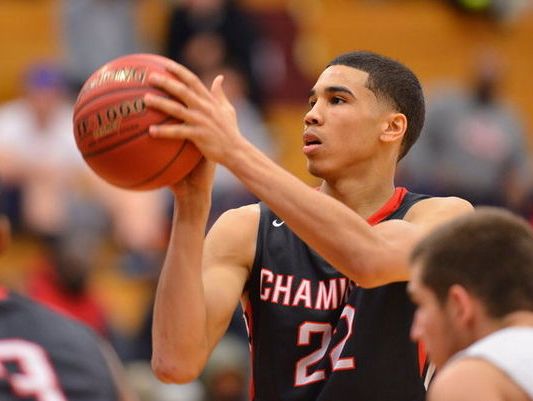 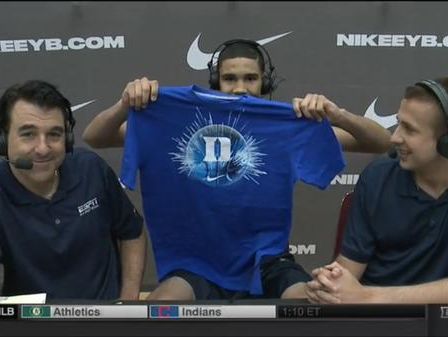 Chaminade’s Jayson Tatum has been dominating the court in high school basketball for three year. Today we found out where he will play his college hoops. Moments after his AAU team, the St. Louis Eagles defeated CP3 in the semifinals at Peach Jam on Sunday, Tatum announced he will play college basketball at Duke.

Tatum, who is ranked as the third best prospect in the Class of 2016, picked the Blue Devils over Kentucky and the hometown St. Louis University.

SLU was thought to be a major player for Tatum since his dad Justin and his godfather Larry Hughes both played for the Billikens.

Tatum averaged 26 points last season for Chaminade and led them to a third place finish in the state playoffs.

“I’m just so happy to be a part of this program, with great coaches like this. Now I have to do a little recruiting myself,” Tatum said. “It’s great to have this over with. My mom is proud of me.”

Tatum said he was ready to make the decision, despite working through the busiest stretch of his summer season.

And that’s precisely what motivated the advice Tatum had for other recruits:

“I would tell them to go at their own pace,” Tatum said. “Do what you think is best for you and your family.”