Coldwater’s Corey Selhorst (35) looks to stop CHCA’s Johnny Noyen before he can gain first down yards.

PIQUA – On a windy, chilly night 51 minutes from their home, three-time defending state champion Coldwater was as advertised, defeating CHCA in the Division V playoffs 44-14.

The Cavaliers moved to 12-0 on the season in a game that went to a running clock twice due to the 30-point advantage.

Coldwater scored on their second possession after fumbling on their first. Inside the 50, senior quarterback Jack Hemmelgarn averted a sack, pivoted and dumped the ball to Chris Post to get the ball to the 16-yard line.  On the next play, senior Aaron Harlamert finished the job and Kyle McKibben’s extra point made it 7-0.

Senior Johnny Noyen rallied CHCA back and floated a 44-yard completion to junior Adam Baker to get to the Coldwater 27. The Cavaliers came into the game having not given up a point all season in the first quarter. That remained the case as the first frame ended at fourth and two on the eight-yard line.

The second quarter began with Noyen being stuffed.

Hemmelgarn then engineered a 92-yard drive for Coldwater, culminating in a 21-yard pattern to Post for a 14-0 lead.

CHCA responded with a drive featuring Noyen eluding sacks and eventually spotting Baker at the three-yard line.  Junior Kesean Gamble rambled in on the next play to put the Eagles on the board.  The extra point was missed and it was 14-6.

An eight-point halftime deficit wasn’t to be though as Coldwater returned downfield, with Hemmelgarn hitting a wide open McKibben for another score and a 21-6 advantage.

After the 20 minute hot chocolate break, Coldwater enforced their will on CHCA to open the third quarter. The Cavaliers got a long kick return from junior Neal Muhlenkamp to the 32, then eventually scored on an 11-yard jet sweep by Harlamert.

Muhlenkamp then picked off Noyen on the next series setting up Post for a one-yard score. The 190-pound back then popped in for Coldwater again for a 41-6 and a third quarter running clock.

The Eagles followed up by becoming just the second team to score 14 on Coldwater.  A Noyen pass to Gamble, plus a roughing penalty put the ball at the 10.  The 233-pound Gamble then scored the touchdown and caught Noyen’s two-point pass with under 10 minutes left.

From there, Coldwater used Post to run the clock down and eventually got a 29-yard chip shot from McKibben for the game’s final points.

PLAY OF THE GAME: After CHCA had cut the deficit to eight in the second quarter, Coldwater’s Jack Hemmelgarn hit Kyle McKibben before halftime from three yards out for the 21-6 that would prove to be enough.

PLAYERS OF THE GAME:  Coldwater’s Hemmelgarn was 17-18 passing for 205 yards in the first half for two scores. He finished 18-20 as he barely had to throw in the second. Chris Post was the workhorse in half number two, finishing with 120 yards rushing and two scores.

VIEW FROM THE SIDELINE: CHCA’s Eric Taylor was plenty familiar with Coldwater having faced them last season.  Last year it was a 34-3 defeat.

“When their backs were against the wall, they made plays,” he said. “We had them third and long twice. They just stayed alive and put one in. Start of the third quarter things obviously fell apart on us.”

Taylor spent several minutes after the game consoling his team, trying to convince them it was a good season despite the defeat. CHCA finishes 10-2.

“They left it all on the field and I’m proud of them,” Taylor said. “They lost to a tremendous team and a terrific program.” 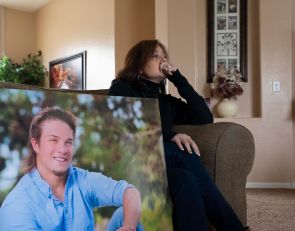 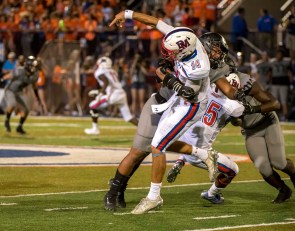 No. 9 DeMatha rolls past Franklin, but loses QB Tyler Lenhart to injury 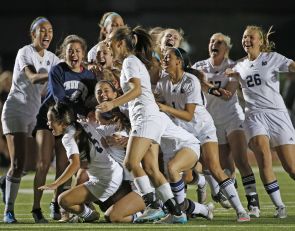