Zachery visited the school in May but just recently made the decision to transfer. St. Benedict’s alums include current NBA players Tyler Ennis, J.R. Smith and Tristan Thompson, as well as University of Kentucky-bound Isaiah Briscoe.

Zachery has received letters from Kansas, Stanford and Wake Forest (per Syracuse.com), but hasn’t received any offers yet to his knowledge. He did include that George Mason has been in contact with his father about attending an Elite Camp and going down for a visit.

Zachery has excelled on the AAU circuit with the Albany City Rocks, winning the 16U division in April’s Boo Williams Tournament (Hampton, Va.). He also led Nottingham to a 17-4 record his sophomore season, losing in the Section III Class AA semifinals. 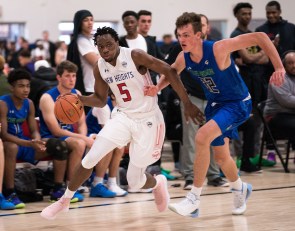 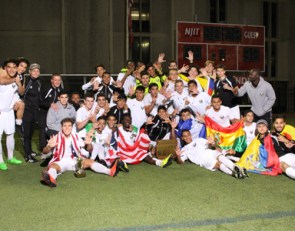 https://usatodayhss.com/2015/class-of-2017-point-guard-malik-zachery-announces-transfer-to-prep-powerhouse-st-benedicts-n-j
Class of 2017 point guard Malik Zachery will transfer to prep powerhouse St. Benedict's (N.J.)
I found this story on USA TODAY High School Sports and wanted to share it with you: %link% For more high school stories, stats and videos, visit http://usatodayhss.com.