Countdown to Kickoff: Camden County looks to get back to winning ways

Countdown to Kickoff: Camden County looks to get back to winning ways 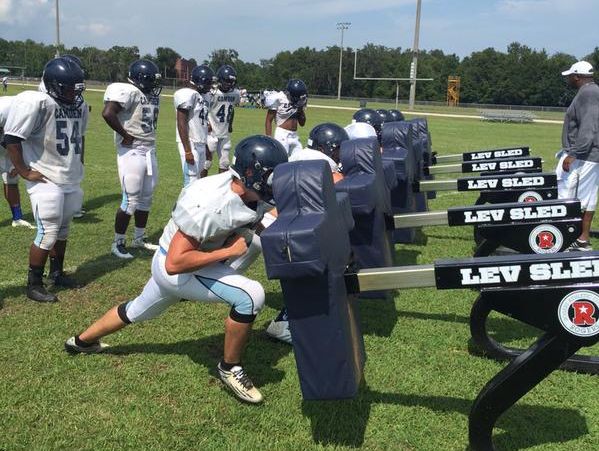 The Camden County Wildcats are looking to rebound after an uncharacteristic 5-5 season in 2014.

KINGSLAND, Ga. – The Camden County Wildcats are a perennial double-digit win team year in, year out.

That wasn’t the case in 2014. After winning their first five games, the team lost it’s next five and missed the playoffs. It was the worst season the team had seen in over a decade.

Now, as they prepare to enter the 2015 season, head coach Welton Coffey II, has preached to his team this offseason the importance of dealing with adversity, something he says they didn’t do well in 2014.

“We’ve got to get our kids to understand the importance of handling the moment,” Coffey II said. “So our entire focus has been dealing with struggle and handling the moment. That’s what we’ve been talking about all during the offseason.”

The duo of Hamilton and McMaster will be one to keep an eye on in 2015. In 2014 as a sophomore, McMaster led the Wildcats on the ground with 866 rushing yards and six touchdowns. Hamilton only ran for 198 yards but made them count, scoring six touchdowns on the ground himself, while also passing for five. Camden County will need to get back to what they know, which is the ground attack, to get back to the win total that fans have come to expect in southern Georgia.

The main thing the Wildcats are looking for to start 2015 is consistency. They lost that consistency midway through the season in 2014. The program has consistently put out a winning product for a long time. They hope to get back to that in 2015.

“5-5 is not the expectation here, we’re not afraid to say that,” Coffey II said. “There’s no question that we need to get things done on Friday nights. So we want the kids to come out and do a better job of executing. That’s out responsibility as the grown folks – as the coaches – to put the kids in the position where they can be successful.”

https://usatodayhss.com/2015/countdown-to-kickoff-camden-county-looks-to-get-back-to-winning-ways
Countdown to Kickoff: Camden County looks to get back to winning ways
I found this story on USA TODAY High School Sports and wanted to share it with you: %link% For more high school stories, stats and videos, visit http://usatodayhss.com.