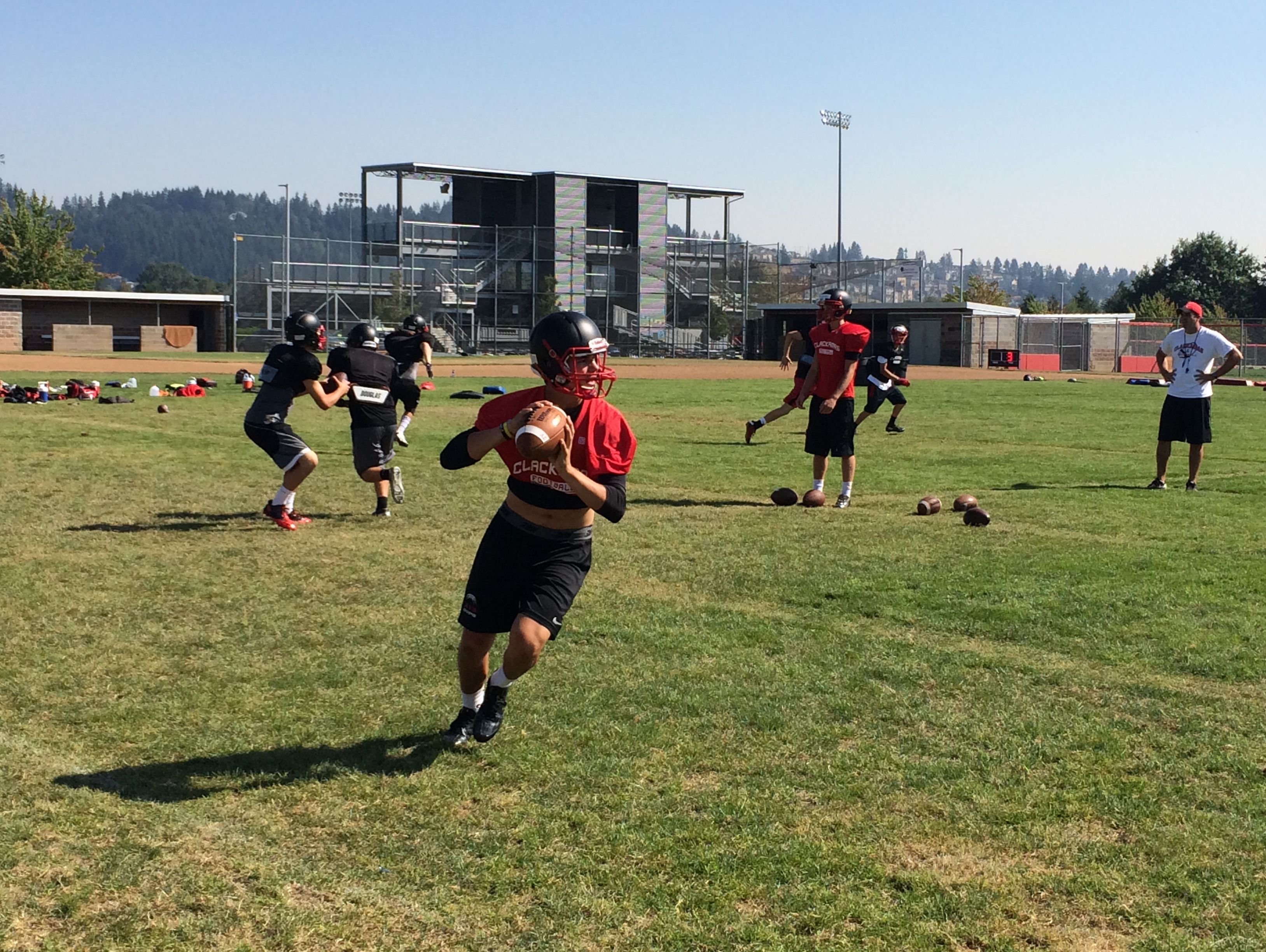 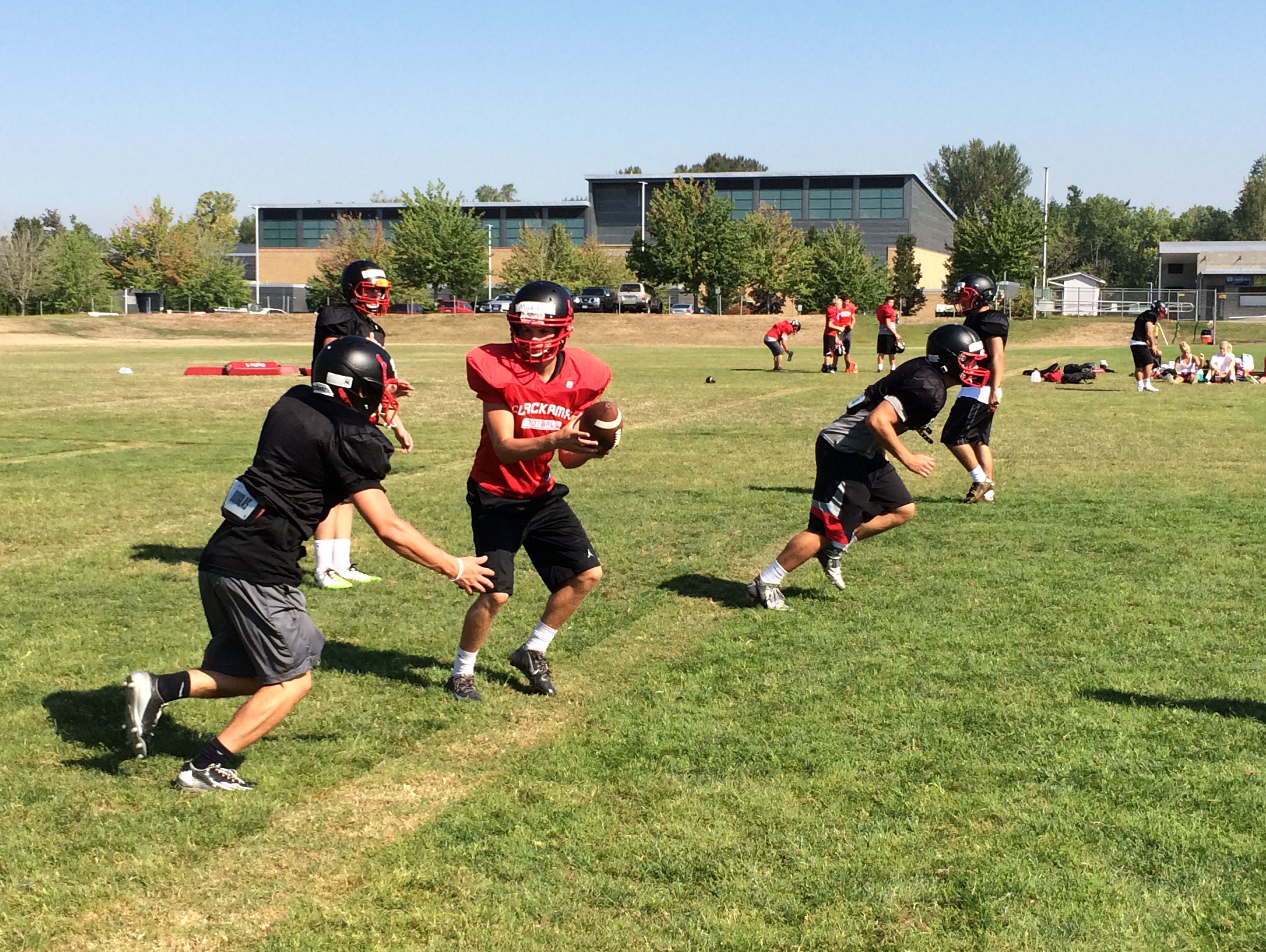 CLACKAMAS, Ore. — The old adage in football is a strong running game and stellar defense wins championships. That’s exactly what the Clackamas Cavaliers are focused on in fall camp.

“Our linebacking crew is very good,” Clackamas head coach Joe Bushman said. “Our running backs, we feel like we have a bunch of guys who can play at a high level there.”

The Cavaliers expect to have one of the deepest backfields in 6A, with four guys who could expect the ball at any point.

“That versatility we have with the guys who can make moves in the open field and the down hill runners makes us pretty lethal at any part of the field,” senior running back Bryce Dickey said.

Bushman saw the position as a strength early in the offseason with Dickey, senior Josh Gay and junior Jacob McGreevy leading a three-headed backfield. But, the addition of Oregon City running Richie Mock, who transferred during the summer, gave the Cavaliers an embarrassment of riches. Mock ran for over 200 yards and had two touchdowns in the Pioneers’ playoff win against McNary last year.

“Richie has been a great addition to our team. He looks good at running back and linebacker,” Bushman said.

Despite having so many options, there is still only one football. Bushman, who typically uses one-back set, has made adjustments to play to the team’s strength.

“We’re going to no-huddle and hopefully that will get us more snaps,” he said. “And we’re going to play a lot of two-back this year.”

If the Cavaliers consistently exert their will running the football, that will open opportunities for senior quarterback Wyatt Hutchinson, who accounted for 20 touchdowns and over 2,000 yards last year.

“It’s nice to help us wear down the defense so we can take some shots downfield after wearing them down with our run game,” Dickey said.

Defensively, the Cavaliers are going to rely on a veteran linebacker group to set the tone.

“Bryce Dickey is the leader of our defense. He plays fast. Cole Loboy is a bigger, plugger-type linebacker, ” Bushman said. “They’re experienced and they play with speed and physicality.”

On the back line, Clackamas turns to some young players to fill the void of last year’s senior-laden group.

“We’re inexperienced,” Bushman said. “We have talent at the position. Its just how fast can we get them ready for varsity football.”

The latter statement seems to be a common theme for the 2015 Cavaliers, who is less experienced than last year’s team that went 8-3 and finished third in the Mt. Hood Conference. But youth doesn’t mean worse.

“I think this group has as much potential, and more, than last year in the long run,” Bushman said.

If Clackamas can master the ground-and-pound, no huddle offense and play with intensity on defense, the Cavaliers will continue to be a top threat to knock two-time state champion Central Catholic off the perch of the Mt. Hood Conference.

Keep up with the latest news in Portland and beyond.   Tap to get our free KGW News app!

https://usatodayhss.com/2015/deep-backfield-to-lead-clackamas-charge-for-mt-hood-conf-title
Deep backfield to lead Clackamas' charge for Mt. Hood Conf. title
I found this story on USA TODAY High School Sports and wanted to share it with you: %link% For more high school stories, stats and videos, visit http://usatodayhss.com.