Bo Bichette is following his father’s footsteps as a baseball player. (Photo: Twitter)

CHICAGO — If retired Major League Baseball player Dante Bichette had his way, his son Bo would be a star in tennis. Dante urged his younger son to try tennis at a young age. But Bo Bichette loved his father’s game too much, and has turned into one of the country’s best players. The Lakewood (St. Petersburg, Fla.) infielder will play in Saturday’s Under Armour All-American Game at Wrigley Field.

Bo is eager to make his mark in baseball. He impressed at the Area Code games in Long Beach last week, and will look to do the same this weekend.

“I can only live under my dad’s shadow for so long,” he said. “At some point, I’m going to have to make a name for myself.”

But that doesn’t mean that his father hasn’t played a major part in Bo’s growth in baseball.

“At the beginning of my life, until I was probably, 13-ish, he was really hard on me, and we worked really hard together,” Bo said. “These past few years, he’s backed off and let me figure out things for myself.”

Bo learned from his father, a four-time All Star outfielder who played much of his career with the Colorado Rockies, and his brother Dante Jr., an infielder in the New York Yankees organization. He talks to his brother every day, and has heard plenty about the ups and downs of a career in baseball.

“There (are) so many kids here that have no idea what they’re getting into, and I’ve witnessed it from one person, and heard it all from another. I’m pretty prepared for it,” Bo said.

In 2013, Dante served as the Rockies’ hitting coach. Bo spent most of his summer with his father, which served as an intensive session in all things baseball.

“I really feel that was the summer where I went from good to really good,” Bo said. “Learning from (Troy) Tulowitzki and the best players they had.”

Tulo’s tutelage helped because Bo is a powerful hitter who loves playing shortstop.

“You feel like you’re in control,” he said. “There are so many great plays you can make out there.”

Bo is committed to Arizona State for the fall of 2016. Part of his reason for choosing the Sun Devils is his love for the state of Arizona.

His brother was drafted from high school, but Bo’s main concern now is his senior year at Lakewood and college.

“College was the first step,” he said. “Right now, that’s all that I have in front of me. I don’t have a professional contract or whatever, so that was the first priority. Picking the right school.”

Under Armour All-America Game: What We Learned 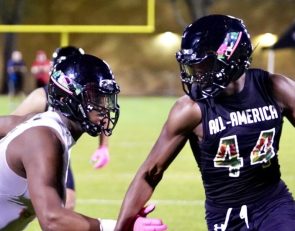 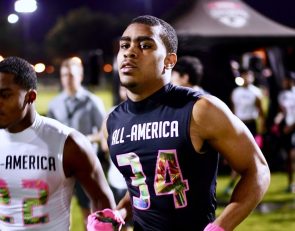 https://usatodayhss.com/2015/despite-early-tennis-push-the-net-result-is-under-armour-all-american-bo-bichette-chose-baseball
Despite early tennis push, the net result is Under Armour All-American Bo Bichette chose baseball
I found this story on USA TODAY High School Sports and wanted to share it with you: %link% For more high school stories, stats and videos, visit http://usatodayhss.com.