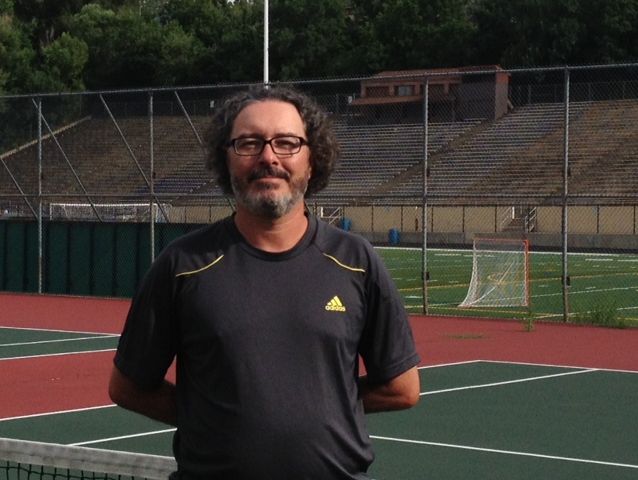 “I’m incredibly excited for this opportunity,” Kazarosian said. Coming into the season he was left with a tough decision on whether to continue coaching high school tennis.

Kazarosian has a two-year-old son and with all the demands and time spent coaching it would be difficult to spend time with family. Kazarosian said Boulder was a “more reasonable option” if he continued to coach high school.

He has been a tennis professional for 25 years and taught at the City of Boulder, Harvest House, Breckenridge Recreation Center and was also Director of Tennis at The Meadows Club in Boulder.

Kazarosian is currently Director of Tennis at the Broomfield Swim and Tennis Club and was previously the head coach at Broomfield High School. While with the Broomfield Eagles, Kazarosian helped the team win two 4A regional championships in five years.

He has won many awards in the process including the 2014 Industry Excellence Award for his coaching of both able-bodied players and as a wheelchair coach.

The 5A Front Range tennis conference is strong. “Broomfield will be incredibly talented this next year,” Kazarosian said. Fairview High School finished second in the state tournament during the 2014-15 season and the talented Broomfield team will also be a big competitor in the conference.

Kazarosian coached the Eagles for five years prior to taking the job at Boulder High School. He takes over for previous Head Coach Adrian Games, who took a job in California earlier this summer. Games took the team to the state tournament and finished 4th in 5A tennis last season, only points away from 3rd place.

“I’m hoping for a big program,” said Kazarosian. “It creates a lot of depth and momentum for a program and really creates a good synergy.” Big programs like Cherry Creek and Fairview were mentioned as a couple programs that utilized these big turnouts.

The team has yet to meet their new coach; however, Kazarosian has taught some of the kids like Nathan Lazarus in prior coaching experiences. He has been in touch with parents and the Athletic Director, Eddie Hartnett, and will meet the team sometime next week.