Concordia Ann Arbor linebacker Takari Johnson, a Lansing Eastern graduate, has a tryout with the New York Giants this week.

Takari Johnson took to his Twitter account Sunday and listed off names of notable NFL players that didn’t get drafted.

The likes of James Harrison and Arian Foster are serving as motivation for the Concordia Ann Arbor linebacker and Eastern High graduate as he continues to chase his professional football dream with the New York Giants.

The 6-foot-1, 238-pound Johnson, who didn’t get picked in this weekend’s NFL draft, was contacted by the Giants on Sunday and will head to New York this week for a tryout.

“Being drafted is all great, but it’s a matter of what you can do on the football field,” Johnson said. “At the end of the day it’s how you produce on the field and I think I can definitely do that.”

Waverly grad hopes to make most of chance with Packers

Johnson produced plenty on the field during his record-setting career at Concordia. He was an NAIA All-American and registered a nation-best 194 tackles and 39 1/2 tackles for loss last fall. Now, Johnson will try to show he can do that with the Giants, who he said were the best fit when weighing his free-agent options. The Giants didn’t take a linebacker in this weekend’s draft.

“I felt like that was the best opportunity for me as a linebacker to go in and show what I can do and perhaps get a contract,” Johnson said.

Having to prove himself is nothing new for Johnson, who ended up at Concordia after being cut by Saginaw Valley. He also had to fight for exposure during the pre-draft process because he played at a small school. Johnson’s mission this week is to prove his success at the small school level will translate to the NFL.

“(I want to) prove to the 31 teams that passed on me that I belong,” Johnson said. “I want to prove to everyone who ever doubted me as a young child, and as a middle school, high school or even a college football player that I can play.” 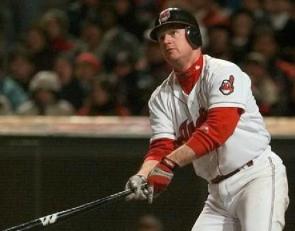 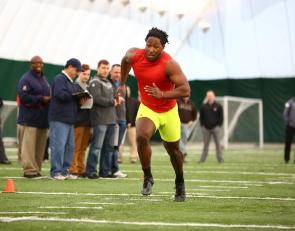 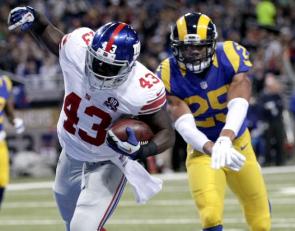 Eddie George's advice helped Ensworth back get to NFL