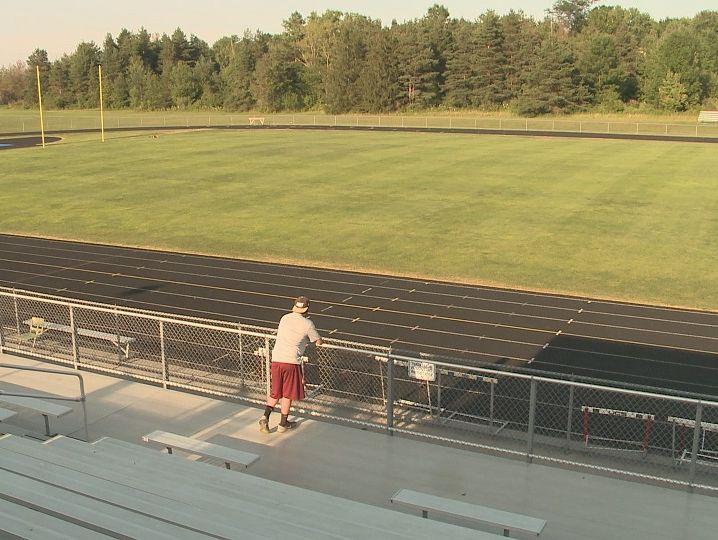 EDEN, N.Y. – The Eden Raiders have cancelled their 2015 varsity football season because their roster was not large enough to safely field a team, Athletic Director Marisa Fallacaro announced on Tuesday.

The Raiders, who had previously qualified for the playoffs five years in a row before finishing 1-7 last year, expect to return to the field in 2016. In her announcement on Twitter, Fallacaro said the program still has strong participation at the “modified” and junior varsity level.

Section VI Football Chairman Ken Stoldt said Eden could still apply for a merger with another school for the 2015 season, which would require both schools to agree to the deal and file the appropriate paperwork.

Gustavo Bautista-Gomez, a rising junior at Eden, said he may even consider switching to a fall lacrosse league in the absence of a varsity football team.

“I was pretty heartbroken when I heard about it,” Bautista-Gomez said, “but what are you gonna do? The decision’s already made.”

The declining participation in Eden’s football program is hardly a new phenomenon in Western New York. Multiple high-profile mergers have occurred throughout the region, including a union between East Aurora and Holland prior to the 2013 season, which has already proved wildly successful. East Aurora’s program has nearly doubled in size since the merger.

Michael Petro, who has more than a decade of experience covering high school football in Western New York, said mergers often happen as a result of a mix of factors, including financial reasons an declining enrollment.

“And some of these schools just have lean years– a couple of classes that just aren’t as interested in playing football,” Petro said.