FISHERS, Ind. – From Los Angeles Lakers guard Nick “Swaggy P” Young to Shaquille O’Neal’s “The Big Aristotle”  the myriad of truly bad, head-scratching nicknames has been around the game of basketball for quite a while.

That’s why it’s refreshing to come across an alias at the adidas Gauntlet that just makes perfect sense.

Team Loaded (N.C.) forward Edrice Adebayo goes by “Bam Bam” and though his on-court prowess wasn’t how the name originated it’s absolutely applicable.
“When I was about a year old my mom was watching the Flintstones and she saw the character Bam Bam,” Adebayo explained. “Then I picked up a coffee table and she just felt like it fit. Everyone’s been calling me that ever since.”

If the part about Adebayo lifting a coffee table as a 1 year old made you skeptical you haven’t seen him play.

Adebayo, a 6-foot-8, 225-pound slab of muscle, has turned in more poster dunks than anyone playing at the Best Choice Fieldhouse this weekend thus far.

Hard to believe that Adebayo didn’t earn the name from the ferocious dunks he throws down during games and the manner in which he manhandles the opposition bullying his way through the paint to snag rebounds.

“Nope it’s always been there, but it does kinda fit, I guess,” said Adebayo, a junior who is ranked No. 8 overall in the ESPN 60. “Other people hype the name and, hey, I just let it ride.” 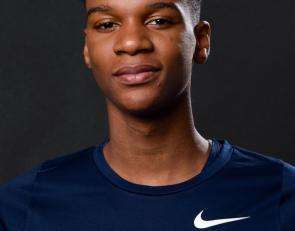 adidas Gauntlet: 2020 forward Isaiah Todd isn't concerned with his 'next big thing' buzz, only on getting better 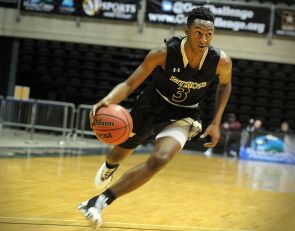 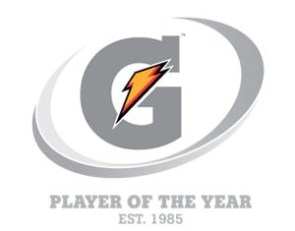 Gatorade State Player of the Year

https://usatodayhss.com/2015/edrice-bam-bam-adebayo-shows-why-the-nickname-fits-at-adidas-gauntlet
Edrice "Bam Bam" Adebayo shows why the nickname fits at adidas Gauntlet
I found this story on USA TODAY High School Sports and wanted to share it with you: %link% For more high school stories, stats and videos, visit http://usatodayhss.com.