The Cardinals couldn’t put one together, losing to Fort Loramie, 62-48, in their regional final on Saturday night at Tipp City Tippecanoe High School.

The Cardinals are used to dealing with size, coach Kerry stamper said.

“We’ve been outsized all year,” she pointed out. “That’s nothing new, but we didn’t handle it as well tonight because Fort Loramie has a few more weapons than just their size.”

Cardinals junior guard Ashley Moore, named the district Player of the Year, scored a game-high 30 points, including 25 in the third quarter.

The Redskins are scheduled to face the winner of Saturday’s Massillon Region championship game between top-ranked Berlin Hiland and unranked Cuyahoga Heights in a state semifinal on Thursday at 3 p.m. at Ohio State University’s Schottenstein Center.

The Cardinals, who finished fourth in the Enquirer’s Division II-IV coaches’ poll, had won nine consecutive games since their only two losses of the season. They extended the streak with a win over statewide fifth-ranked Marion Stein Marion in the regional semifinals.

Before a packed house, the Redskins scored the first 10 points of the game and led, 15-4, after the first quarter.

Turnovers helped keep Felicity-Franklin from getting its offense on track. The Cardinals committed in the first quarter and didn’t score until senior guard-forward Maria Ruwe made two free throws with 3:06 remaining, and senior guard-forward Paige Kessen scored the first field goal on a layup off of Moore’s feed with 2:17 left in the quarter.

“We knew they’d play (man-to-man) defense, but we were a little taken aback by the aggressiveness of their defense.” 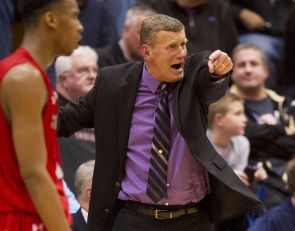 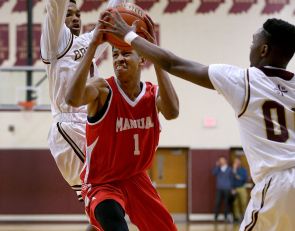 Insider: What you need to know for Friday sectional semis 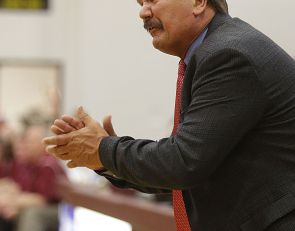 https://usatodayhss.com/2015/felicityfranklin-comeback-falls-short
Felicity-Franklin comeback falls short
I found this story on USA TODAY High School Sports and wanted to share it with you: %link% For more high school stories, stats and videos, visit http://usatodayhss.com.