Five things we learned Tuesday from The Opening's Elite 11 Camp

Five things we learned Tuesday from The Opening's Elite 11 Camp

1. The SEC is well-represented among the Elite 11 quarterbacks

“It’s cool,” Eason said. “We’re building our friendships now so that by the time we play each other, we’re already close, so that we slap five after the game, no matter what happens. The SEC is going to build up to where it was previously, the power conference. ”

RELATED: What does the future hold for Florida State commit Malik Henry

Though he threw a few too-high passes, Franks was one of the more impressive passers during Tuesday’s workout. His throws all had zip and he did a good job of clicking off his reads before finding the most open receiver.

He’s considered the No. 5 quarterback overall and the No. 1 dual-threat quarterback according to 247Sports.com’s composite rankings, but Franks also has the size at 6-5 and 220, to be a prototypical pro quarterback. That is provided he sticks with football as he’s also considering playing baseball at LSU.

3. Shane Buechele seems unlikely to switch from his Texas commitment

Buechele, a 2016 quarterback recruit from Lamar (Arlington, Texas) reiterated that he intends to stay in state and play for Texas, even though Notre Dame has continued to recruit him. Buechele won the Golden Gun Challenge on Monday in The Opening Elite 11 camp.

“I’ve talked to (Notre Dame offensive coordinator Coach Sandford) a little bit,” Buechele said. “He came to my spring practice and we’ve talked on social media, but I’m a Longhorn.”

“(Coach Watson and Buechele) hit each other on Twitter and I call him probably every two or three weeks and we just talk about anything. The relationship with Coach Watson is awesome, but it’s also there with Coach Strong as well.”

4. Eason plans to be an active recruiter

Eason is a Georgia commit and the son of a former Notre Dame wide receiver. He said one advantage of an event like The Opening is he can possibly improve his future team.

“When you wait things out and do your big TV commitment, it’s cool to do that, but you’re not helping yourself by getting a new class,” Eason said. “When you graduate early, your commitment is set in stone and you can recruit a class around you. There’s a bunch of guys here that I can work on. I’m looking forward to E.J. (Price, a four-star offensive tackle from Archer High in Lawrenceville, Ga.). I know he decommitted, but we’re looking forward to getting him back on the team.”

5. Chase Claypool is ready to announce this week.

Claypool, a wide receiver from British Columbia, has offers from Oregon, Michigan, Mississippi State, Nebraska, Nevada, Rice, Rutgers, San Diego State, Utah and Washington. He said he plans to announce his commitment this week, which could be good for Oregon with The Opening being here.

For now, though, most think his lead school is Notre Dame and he recently made a visit to South Bend. 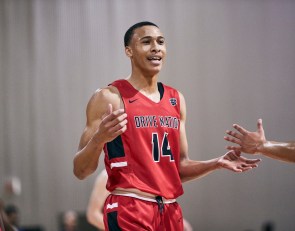 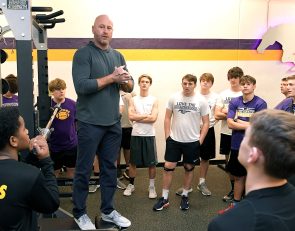 2019 All-America Bowl: What we learned

https://usatodayhss.com/2015/five-things-we-learned-today-from-the-openings-elite-11-camp
Five things we learned Tuesday from The Opening's Elite 11 Camp
I found this story on USA TODAY High School Sports and wanted to share it with you: %link% For more high school stories, stats and videos, visit http://usatodayhss.com.