Flyers get goal from Bennett, reach 3A soccer final

Flyers get goal from Bennett, reach 3A soccer final

Dixie edged past Juan Diego 2-1 in overtime Friday to advance to its second straight 3A title game.

SANDY – Dixie Flyers junior midfielder Tyler Bennett got the golden goal in overtime to send the Flyers to their second straight 3A state championship game with a 2-1 victory over Juan Diego at Alta High on Friday.

“I don’t want to lose,” Bennett said. “I always feel like I can make that last shot or make that last pass. It just happened to work today. It was bouncing out, Kasey Black came and jumped, headed it back into play and I just tapped it in.”

At the end of regulation, Dixie and Juan Diego were tied at 1-1. In overtime, after an attempted clear by the Soaring Eagle, the Flyers took a corner kick. Juan Diego stopped the initial attack but Flyer senior Kasey Black got his head on the ball and knocked it to Bennett, who finished for the game-winner.

“We felt like we were overpowering them at times,” said Dixie head coach Burt Myers. “He just chipped it back into the mix and Bennett, he’s a strong kid. He’s a stud and he finished it for us.”

Juan Diego showed offensive dominance and controlled throughout most of the game. In the first half, Dixie had a chance early in the third minute when the JD goalkeeper got caught out of position, but Jonny Acosta lobbed the ball just over the crossbar.

“We weren’t taking away their passing lanes very well,” Myers said. “Scott has an incredible team over there. That Juan Diego team, we haven’t had anything like that all year against us. It was a surprise, I knew they were going to be great but wow he’s really got them in good position.”

Then in the 31st minute, Francisco Guzman put Dixie on the board. He nudged a right-footed shot past the goalkeeper from about 20 yards out. Just six minutes later, Juan Diego equalized. Soaring Eagle midfielder Brandon Sands capitalized on a free-kick opportunity from 30 yards out. He pushed the ball over the defensive wall and above the reach of the keeper to tie the game.

In the second half, the Soaring Eagle pushed the tempo and spent the majority of the time on attack. The Flyer defense was tested but never broke and held strong for the opportunity to win in overtime.

“Our defense played great holding up,” Bennett said. “For a while we were getting pounded on. Juan Diego played great and forced us into a lot of pressure situations and the defense held up.”

Dixie will now play Pine View for the championship Saturday at 1:30 p.m. at Rio Tinto Stadium in Sandy. 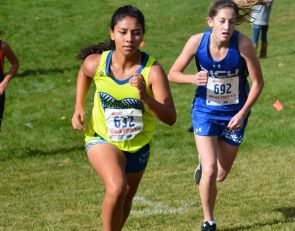 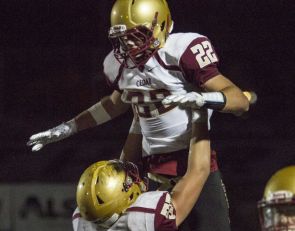 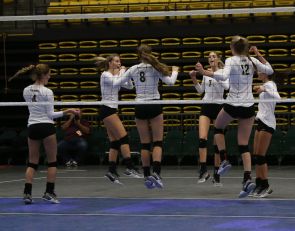 https://usatodayhss.com/2015/flyers-get-goal-from-bennett-reach-3a-soccer-final
Flyers get goal from Bennett, reach 3A soccer final