Football: A look back at a wild ending between Jackson Memorial and Brick Memorial

Football: A look back at a wild ending between Jackson Memorial and Brick Memorial

Corey Lavin remembers what he told senior fullback Joe Reggio just before the Jackson Memorial offense broke the huddle with three seconds remaining in the NJSIAA Central Group IV championship game against Brick Memorial on Dec. 5, 2005 at then Rutgers Stadium.

“I looked at him (Reggio) and said, ‘Whatever you do, get in the end zone, You never know what might happen,’ ” said Lavin, then a senior quarterback at Jackson Memorial.

What happened next was an improbable and crazy ending to one of the great games in the 42-year history of the NJSIAA playoffs.

On a play that was nowhere near the original play call, Lavin’s 4-yard touchdown pass to a leaping and well-covered Reggio as time expired gave Jackson Memorial a dramatic 30-28 win and enabled it to conclude a 12-0 season.

“The feeling was second to none,” Lavin said. “It was an awesome feeling.”

It was Jackson Memorial’s third sectional championship and 12-0 season in a six-year span.

Lavin will be on the sidelines on Saturday at what is now High Point Solutions Stadium in his role as Jackson Memorial’s offensive coordinator under head coach Walt Krystopik when Jackson Memorial and Brick Memorial meet in the 2015 Central Group IV championship game.

The game will be played 10 years to the day of the epic the two programs played on a frigid Sunday night with plowed snow on the sidelines  .

It was a see-saw game. Brick Memorial, which finished that season 10-2 and set a school-record for wins, took a 28-24 lead with 5:13 remaining on a 18-yard TD run by junior tailback Vinnie Falkiewicz.

Jackson Memorial’s Mark Schiavone had a big day in the sectional title game 10 years ago.

“I remember being on the headset with Billy Rankin (Jackson Memorial’s then quarterbacks coach) and coach Walsh (Mike Walsh, who was then Jackson Memorial’s offensive line coach and is now a assistant at Jackson Memorial again after he retired last summer from the Jackson school district) and saying, ‘We’re going to have to have the ball last to beat these guys,’ ” said Goodale, who is now in his ninth season as the head wrestling coach at Rutgers and will be in attendance Saturday.

“It was kind of who had the ball last was going to win,” said Sprengel, who was Brick Memorial’s head coach from 2000-06 and coached the Mustangs to their first sectional championship in 2003 when Brick Memorial beat Jackson Memorial in the final seconds in a classic sectional semifinal and is now Brick’s offensive coordinator.

Jackson Memorial took possession at its own 29-yard-line after the ensuing kickoff and gradually began to move downfield. The Jaguars did dodge a couple of bullets.Sprengel said his team almost intercepted one pass.

“In looking back, I remember thinking at one point in their drive, ‘Do, we let them score so we have more time on the clock,’ ” Sprengel said.

Thirteen plays later, it all came to one wild play.

The fun began before the huddle was broken. The play call was a tight end throwback pass that Goodale said they had not run all season.

“I thought it was a great call,” Lavin said.

Goodale, on the field, and Rankin, upstairs in the Jackson Memorial coaches booth, both hesitated.They were saying nothing to each other on the headset.

Walsh was not going to let Goodale and Rankin have second thoughts.

“I remember coach Walsh walking down the sidelines, saying ‘Run it. Let’s do it’,” Lavin said.

“Mike Walsh’s exact words were, ‘Just run the blanking play,’ ” said Goodale, who said his other thought was to run a toss to Schiavone to the boundary in which the back side guard pulled.

The play quickly broke down.

Brick Memorial’s talented outside linebacker Prince Young raced in unblocked as Lavin was rolling to his left and getting set to throw back to his right to tight end Mark Schock.

“We said to our kids, ‘They’re going to boot (bootleg),” Sprengel said. “He (Lavin) booted right to where we brought the heat.”

“All I wanted to do was watch what Prince Young was going to do,” Goodale said. “He didn’t bite on the sprint. He just went after Corey Lavin. Here was one of their best athletes chasing down our quarterback.”

“I knew if he tackled me, that was it,” Lavin said.

Meanwhile, Lavin said he saw Schock run into the back judge and fall.

Lavin said he then put the ball into his left hand and shook Young off with his right hand. He then began running back to his right.

“I don’t know to this day how he (Lavin) made that kid (Young) miss,” Goodale said. “The running joke is because of all that training Corey did with our wrestlers. (Goodale was also Jackson Memorial’s highly-successful head wrestling coach at the time and Lavin, even though he did not wrestle worked out with the wrestling team).”

Joe Reggio had done what Lavin had instructed him to do – run into the end zone. Lavin said tight end Dan Hopkins was also in the area.

“I knew they were both covered, but I had to take a chance,” Lavin said.

Reggio made a leaping, acrobatic catch in the right corner of the left end zone as one looks down on the field from the press box side.

“It wasn’t like I was throwing it up for grabs. Joe came up clutch for us a lot of times. He went up and made a great play,” Lavin said.

Many of Brick Memorial’s players fell to the frigid turf in disbelief.

It was a memorable ending to a great game between two great teams. There were no losers. Scholastic football was the real winner that cold Sunday night.

“It was the most exciting, well-played game by two teams that I have ever coached in,” Sprengel said. “In all phases of the game, offense, defense, special teams, everything was executed by both teams.

“I still run into people who say to me, ‘hands down the best high school football I ever saw’ ” Lavin said.

Ten years later, it is time for Jackson Memorial and Brick Memorial to create another lasting memory. 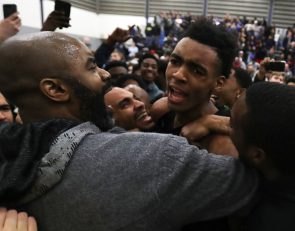 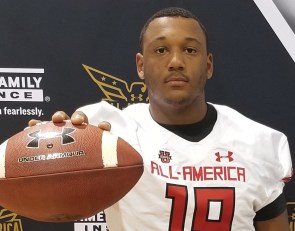 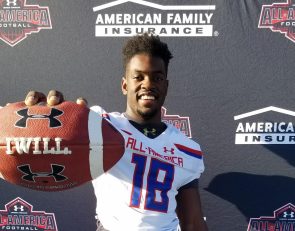 https://usatodayhss.com/2015/football-a-look-back-at-a-wild-ending-between-jackson-memorial-and-brick-memorial
Football: A look back at a wild ending between Jackson Memorial and Brick Memorial
I found this story on USA TODAY High School Sports and wanted to share it with you: %link% For more high school stories, stats and videos, visit http://usatodayhss.com.