Football: Carrington was the all-hands expert

Football: Carrington was the all-hands expert

Carrington’s receptions, yards and receiving touchdowns were 43 percent, 50 percent and 38 percent, respectively, of the team’s total through 11 games. In Saturday night’s 14-7 victory over Williamstown at Rowan University, the Mariners only threw the ball eight times, and of the five completions, Carrington had one catch for 12 yards.

That catch came on third and seven from the Toms River North 32-yard line, and it moved the chains on probably the most impressive drive from a Shore Conference football team this season.

It was a scoreless game between two very good defenses, and Carrington’s catch helped the Mariners convert on third down for the second time on that drive. The Mariners eventually completed a 17-play, 99-yard drive that burned 6:34 off the clock and gave Toms River North a 7-0 lead with 11:56 left in the second quarter.

As good as that reception was, it was Carrington’s ability to deny catches to Williamstown receivers that made him an MVP candidate from Saturday night’s game.

With the Mariners leading 14-7 and Williamstown facing a third and three from its 45-yard line, Carrington, all 6-foot-2 and 160 pounds of him, did his best Darrelle Revis impression by making a sensational deflection to prevent a reception down the field.

“Coach told us before that play to watch out for the play-action pass. So I looked and I knew it was going to be a pass play,” Carrington said. “The wide receiver got inside of me a little bit, but the ball was aired out, so I had time to recover, and I just tried my best and it worked out.”

However, Williamstown’s next drive only lasted one play thanks to Carrington.

“We were all bailed out because we knew they were going to throw deep. (Williamstown’s Eric Smith) came out and did a streak, and the quarterback threw it in the air,” Carrington said. “I tried to make the best play that I could on the ball, and I got the interception.”

That interception came with 11 seconds left, and all the Mariners had to do at that moment was to have junior quarterback Mike Husni take a knee to seal their sixth NJSIAA sectional title on Saturday night.

“Darrion Carrington played out of his mind on Saturday night,” Husni said. “He just went up there like he was getting a rebound. And it was a game-winning interception.”

And a title-clinching play for a defense that gave up 14 total points in three combined NJSIAA playoff games this season. 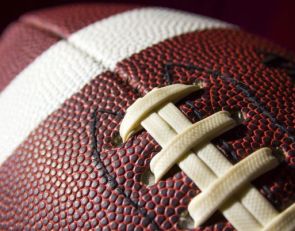 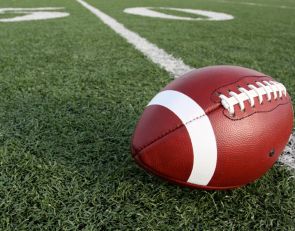 https://usatodayhss.com/2015/football-carrington-was-the-allhands-expert
Football: Carrington was the all-hands expert
I found this story on USA TODAY High School Sports and wanted to share it with you: %link% For more high school stories, stats and videos, visit http://usatodayhss.com.