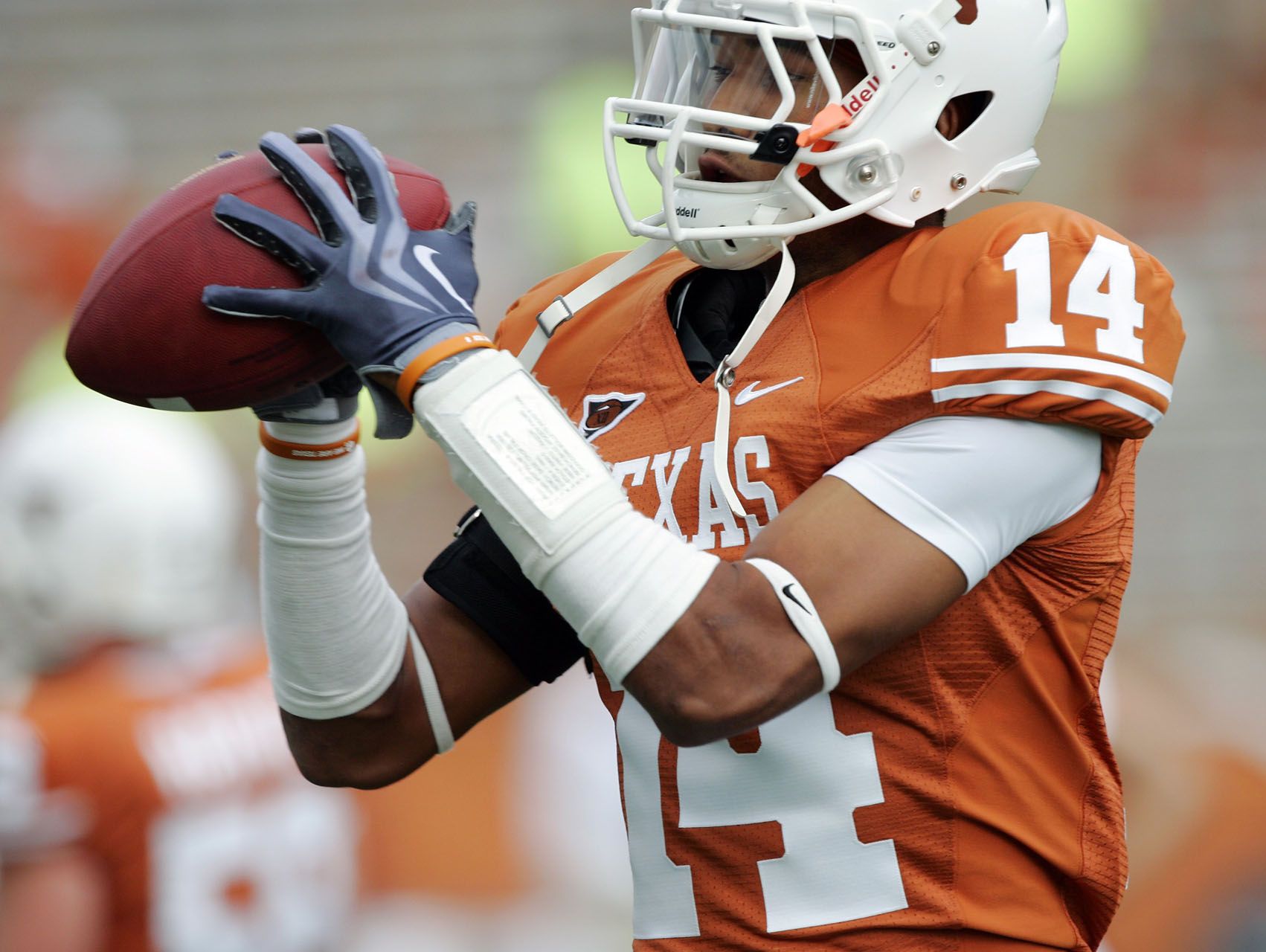 Defensive back Eryon Barnett of the Texas Longhorns catches the ball during warm-up prior to their game against the Louisiana Monroe Warhawks on September 5, 2009 in Austin.

A cause of death had not been confirmed, according to the Bozeman Daily Chronicle in a story published online Saturday night.

Barnett ended his college career as a safety last season at Montana State, where he had transferred from Texas before the 2012 season.

He missed two games last fall and missed practices in fall camp after suffering complications from inflammation of the pancreas, the Bozeman newspaper reported, quoting Barnett.

He had participated in a Montana State pro day before NFL scouts on March 16.

Barnett redshirted his first season at Texas in 2009. He played three years at Montana State, an FCS division school, after being granted a sixth year of eligibility for the 2014 season.