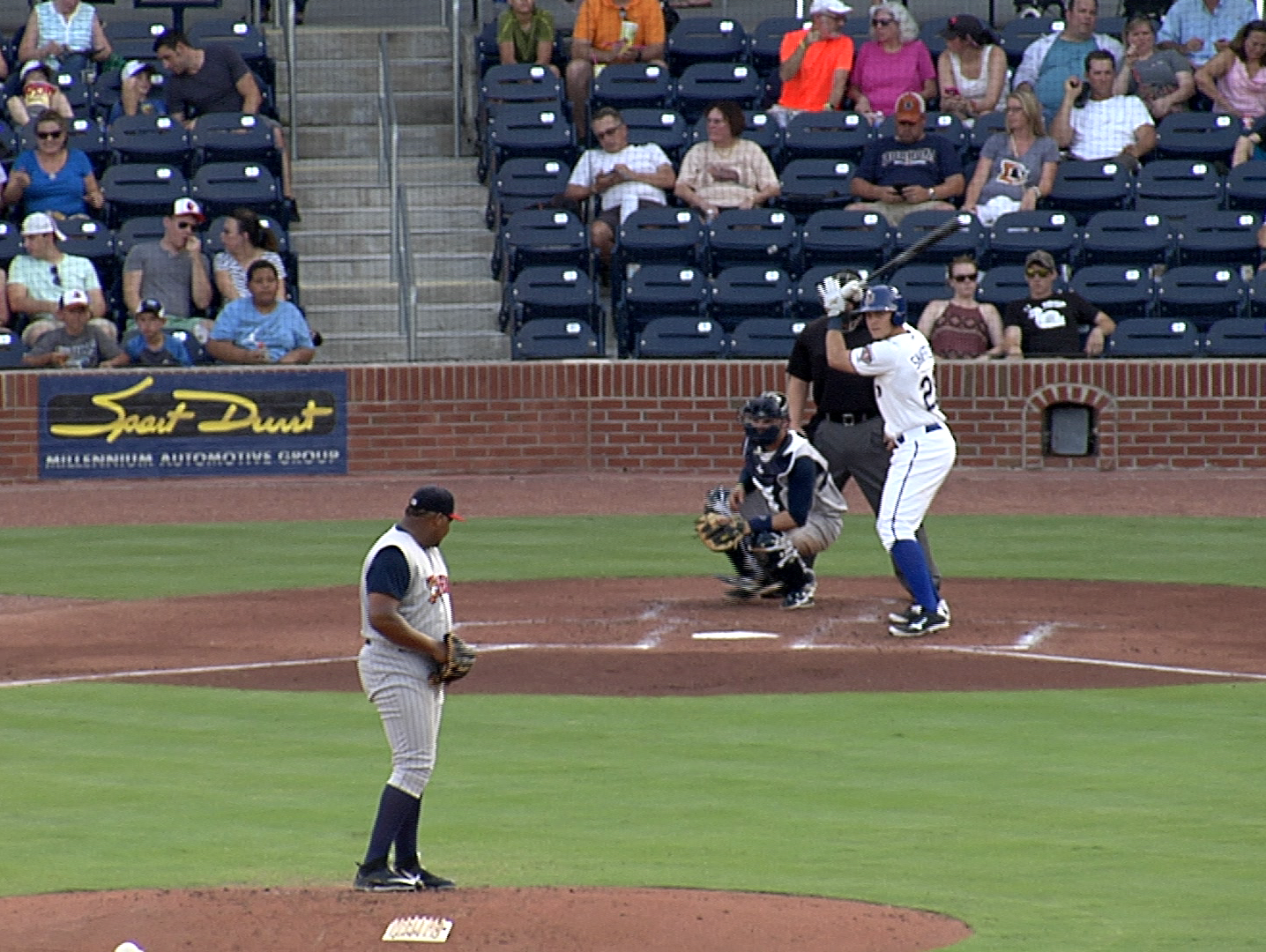 “You know it’s been great getting the opportunity to come to Durham this year. It’s been a good year so far, and I’ve been playing really well,” said Shaffer.

It hasn’t always been easy though for the former first round pick in 2012. He struggled with adversity after turning pro, and struggled to find that right swing. Shaffer was determined to stay positive.

“You just have to make sure if you go through a slump or two that it won’t drag you down,” said Shaffer.

It certainly didn’t. Shaffer, who starred at Providence High School and then at Clemson, was determined to fight through it.

With the Bulls so far this year though, Shaffer has come alive. He’s hit 14 homers which ranks third in the league at the All-Star break. He hopes if he continues that kind of play, the big leagues won’t be too far away.

“You know I think if I do that and just play the game like I know I can, hopefully the rest will take care of itself,” said Shaffer.

Shaffer will be back in his hometown coming up next week again when the Knights host the Bulls starting Tuesday.