Like Fort Morgan and Denver Broncos Joel Dreessen, McBride looks to make an impact for the Rams 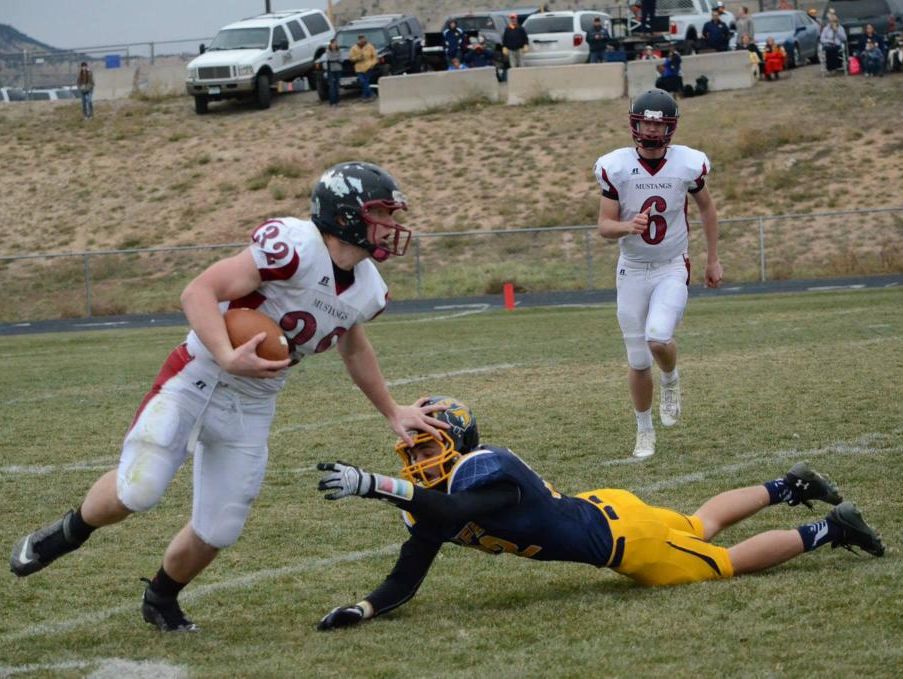 KUSA — Fort Morgan Mustangs 6-foot-3, 235 pound fullback and defensive end, Toby McBride, has decided to verbally commit to Colorado State University in Fort Collins. Only about and hour and a half northwest of Fort Morgan, McBride will be close to home. That isn’t the only reason he is committing to the Rams.

“I’ve been to campus many times and bringing my family this last time, they love it just as much as I do,” said McBride. “I spoke with the new coaches and I like what they had to say; mostly that they want to make a man out of me.”

Another big positive was role model Joel Dreessen, tight end for the Denver Broncos. “Dreessen came from Fort Morgan and had a successful career in the NFL and that means a lot that he was a success going through CSU’s program,” said McBride.

McBride will be playing defensive end for the Rams in 2016 and may even move to tackle if he gets bigger. He received offers from two other Mountain West Conference schools, the University of Wyoming and the Air Force Academy.

Extremely excited to announce that I have verbally committed to play college football at Colorado State University! 🐏 pic.twitter.com/P8wSG6i7va

A stand out from day one in high school, McBride is crucial leader for the Mustangs. “He started as a freshman for us which is pretty impressive,” said Head Fort Morgan Football Coach Harrison Chisum. “He’s a leader on the team that leads by example; he’s hard working and humble.”

The Fort Morgan Mustangs reached the semifinals last season and finished with a 10-3 overall record. “We are going to continue to build on last year,” said Coach Chisum. “We have some key spots to fill after losing some graduating seniors last year, and we will look to leaders like McBride to help encourage and promote growth from other players.”

McBride appeared in 13 games for the Mustangs as a junior. On offense he had 90 carries for 575 yards. He averaged 44.2 yards per game and scored 14 touchdowns. On defense the at-the-time junior had 30 solo tackles and 100 total tackles. He had nine sacks and three fumble recoveries in the 2014-15 season.

The 2015-16 senior is challenging himself and competing against nose guard, Alex Mai, for most sacks and tackles on the season. “Joel Dreessen also challenged me to beat his overall sack record in a season,” said McBride. “Right now it is set at 20.”

The Mustangs will give the 3A football league a run next season with the leadership of Toby McBride.