Athletic achievement: He averaged 30.4 points and 7.1 rebounds while shooting 64 percent from inside the arc, leading the Rams (24-4) to the Class 6A quarterfinals. The state’s returning Gatorade Boys Basketball Player of the Year, he also posted regular-season averages of 3.5 rebounds and 2.2 steals per game while shooting 87 percent from the free throw line.

Exemplary character: A member of the National Honor Society, he has volunteered locally on behalf of the Special Olympics and his church youth group.

“Shake Milton is, without a doubt, the most well-rounded basketball player in the state of Oklahoma over the past two seasons,” said Owasso head coach Mark Vancuren. “His ability to maintain a 30-points-per-game average in Oklahoma’s largest competitive classification speaks volumes about his often uncanny scoring abilities against the state’s best defenses. He is the type of player that every coach dreams of having on their team.”

THE FUTURE: Milton has signed with Southern Methodist University. 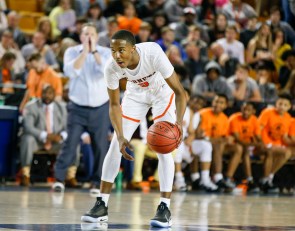